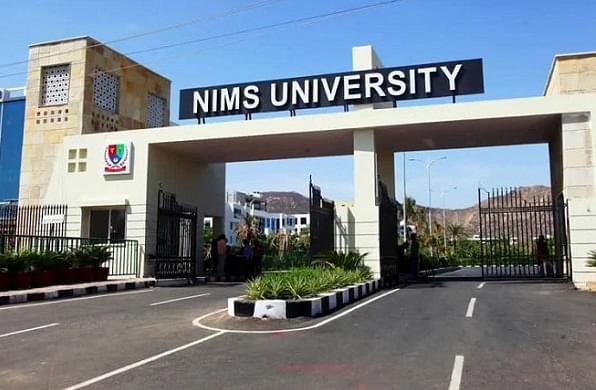 In the aftermath of the Pulwama terror attack in which over 40 CRPF jawans were martyred, there have reportedly been several instances of students in universities and colleges outside Kashmir celebrating the deaths of the soldiers. In response to such conduct, colleges and university administrations have taken a tough stand and have suspended such students.

According to a news report in ThePrint, four Kashmiri girl students were suspended by the NIMS University administration in Jaipur for posting anti-national messages on WhatsApp with regard to the Pulwama attack.

According to the university, the girls were found ‘celebrating the attack’.

A circular by the registrar of NIMS University read, “In respect of the severe terrorist attack on our security forces at Pulwama, Jammu and Kashmir on February 14… You have posted antinational message on your WhatsApp for celebrating martyrs of Pulwama terror attack. NIMS University will not tolerate and strictly condemns such activities (sic).”

It added, “Since the above act of theirs is grave and serious in nature, these students are hereby suspended with immediate effect from college and hostel.”

NIMS is a privately financed university in Jaipur. All the students in question are pursuing B.Sc degrees.