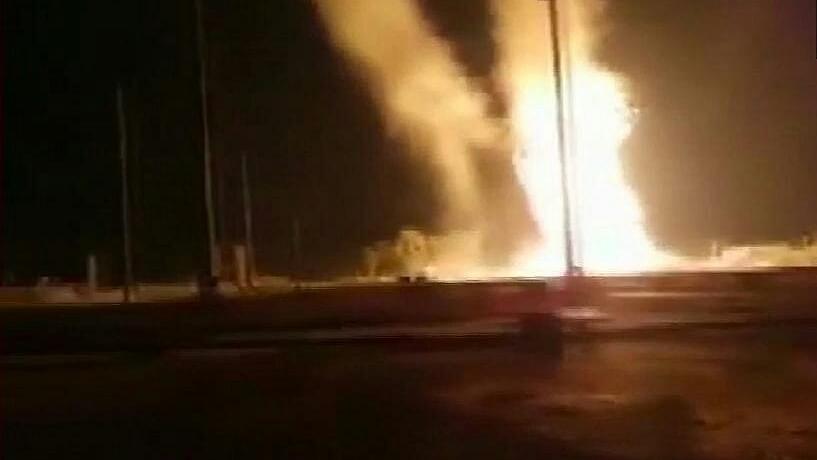 Image of the explosion of the gas pipeline at the Dera Bugti area (image: twitter)

The Baloch Liberation Tigers (BLT), a pro-freedom group in Balochistan, has claimed responsibility of blowing up - gas pipeline in the Dera Bugti area, reports Business Standard.

The report quoted a local media report saying that the BLT blew up the gas pipeline near the Sui gas plant on Friday (8 March).

"Baloch Liberation Tigers (BLT) in a statement accepted the responsibility of the deadly attack inside #SuiGas field in #DeraBugti, #Balochistan. Four DSG personnel were also killed due to massive fire after the explosion." Mir Sarmachar Baloch, a Journalist and a human rights activist reportedly tweeted.

Four DSG personnel were reportedly killed while two local employees were injured due to the massive fire after the explosion, however, no official confirmation from the authorities has come out yet.

This news comes after nine personnel were killed and 11 injured in a suicide attack against the Pakistani Army. Baloch Raji Ajoi Sangar (BRAS) claimed responsibility for the attack. This was followed by four soldiers, belonging to the Frontier Corps getting killed in Balochistan.