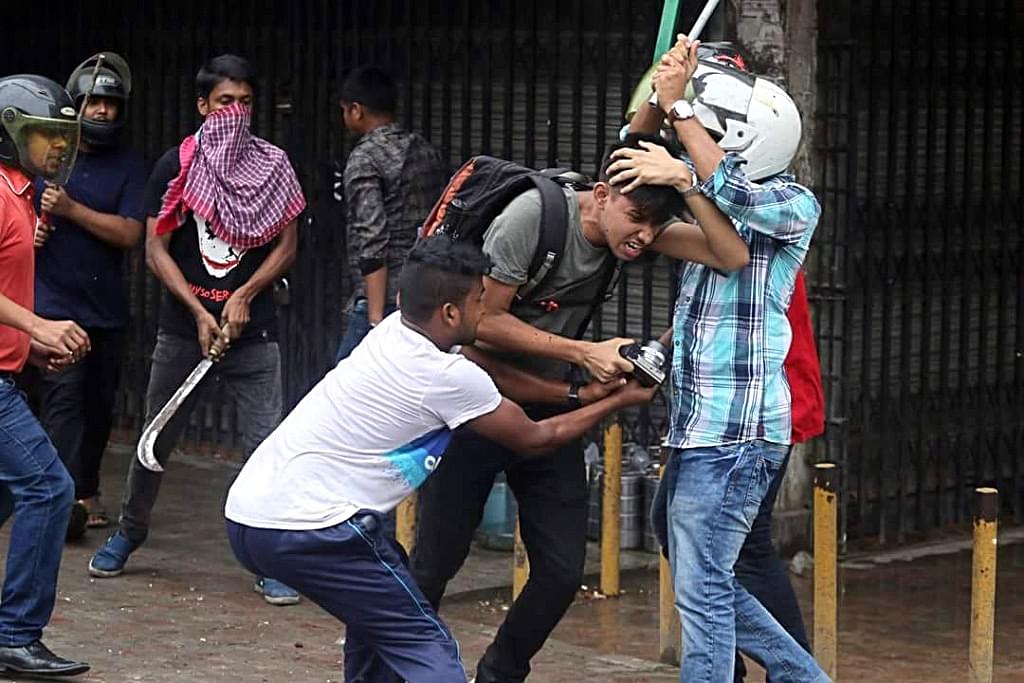 Hundreds of school and college students in Bangladesh have been severely injured in a crackdown by government forces, following their protests demanding road safety in the country, Firstpost has reported.

These protests (described as non-violent in nature) erupted on 29 July after two students were killed in a road accident in Dhaka. The protesters, as a result, demanded road safety measures across the country.

This agitation, however, was violently countered by law-enforcement authorities and the Chhatra League (CL) which is the student wing of the ruling Awami League.

According to the report, students belonging to the Dhaka University, Jahangirnagar University, Jagannath University and some private institutions had staged a protest in Dhaka. This resulted in them being chased by hundreds of armed Bangladesh Chhatra League activists.

As reported, these armed activists and law-enforcement authorities attacked the protesting students on Saturday (4 August). This was followed by hundreds of armed CL members running riot on Dhaka’s streets on Sunday (5 August) to put a stop to the protests.

According to a Guardian report, the police too were involved in firing rubber bullets and teargas shells at the protesters.

This clampdown resulted in severe injuries to hundreds of students who were admitted to various local hospitals. Allegations of rape of woman protestors against the CL activists have also been doing the rounds.

The crackdown however, hasn’t been restricted to the protesting students, and journalists too have bone a brunt for covering the event.

The Firstpost report claims that various journalists including an Associated Press photographer were attacked by the patrolling CL activists on Sunday (5 August).

The report also claimed that the attack - which included breaking their cameras, took place despite police presence in the area.

Dhaka Tribune reports that such a crackdown on the media also extended to famous photographer Shahidul Alam being picked up for interrogation by the Dhaka metropolitan police’s detective branch, for his Facebook posts regarding the protests.