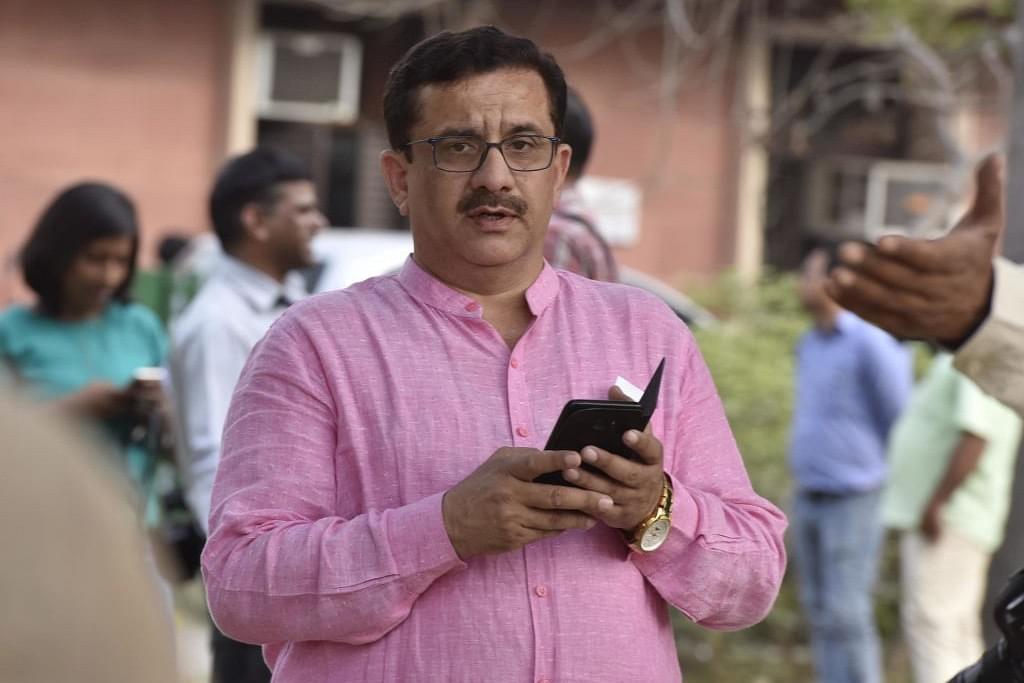 Chairperson of UP Shia Central Waqf board, Waseem Rizvi at the Supreme Court. (Photo by Sonu Mehta/Hindustan Times via Getty Images)

Terming Uttar Pradesh (UP) Shia Waqf Chairman Waseem Rizvi as a ‘danger to country’s peace and harmony’, Islamic clerics have announced the expulsion of the man who, according to them has made objectionable statements against Islam in the past.

This comes as a reaction to his statement saying that homosexuality prevails in the madarasas. The clerics met in Agra on Saturday (8 September) and announced their decision. India Today reported that Mufti Mudassar Ali Qadri approved the motion of Rizvi’s expulsion from Islam.

They also alleged that Rizvi has had links in the past with ‘anti-national elements’, and called for a CBI investigation in the matter. Following Moharram, both, the Shias and Sunnis will hold protests against Rizvi, they announced.

It is said that many clerics have also requested UP CM Yogi Adityanath to take action against Rizvi, and warned that there might be communal clashes as a result of this, and that the government will have to bear the responsibility.

He is no longer a representative of Islam, the clerics say, and that his statements should not be paid heed to.

Rizvi has earlier supported a Ram Temple in Ayodhya and had faced backlash following the statement.