Prof B B Lal’s Scholarship Is Well-Established. Let Them Not Convince You Otherwise. 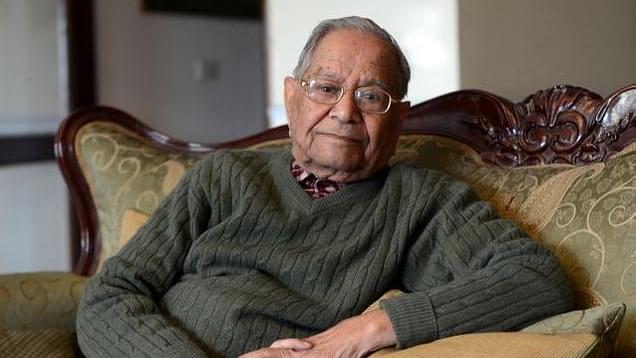 Professor B B Lal (TopYaps)

Professor Braj Basi Lal, the renowned archaeologist and author of the book Rama, His Historicity, Mandir and Setu, has been awarded the first Gurukul Fellowship by the Indian Council of Historical Research (ICHR), reported Anubhuti Vishnoi for the Economic Times. The ICHR’s two-year fellowship has been introduced with the aim of promoting the traditional “Guru-Sishya parampara”, or teacher-disciple tradition.

Prof Lal’s 2008 book had created an uproar of sorts, where he had made the argument for the presence of a temple-like structure beneath the now-demolished Babri Masjid. In his book, he had written:

Attached to the piers of the Babri Masjid, there were twelve stone pillars, which carried not only typical Hindu motifs and mouldings, but also figures of Hindu deities. It was self-evident that these pillars were not an integral part of the Masjid, but were foreign to it.

Rama, His Historicity, Mandir and Setu: Evidence of Literature, Archaeology and Other Sciences, 2008-09

Besides his work on the Ramayana sites, Prof Lal has worked on the archaeology of the Indus Valley civilisation and Mahabharata sites, including Hastinapura. The discoveries of many Painted Grey Ware sites in the Gangetic plain can also be attributed to him and his teams. He is also widely published in national and international scientific journals. He has been Director General of the Archaeological Survey of India, and also received the Padma Bhushan in 2000.

During the award wapsi debate, he, along with the other recipient of the Gurukul Fellowship this year, Dr Ramachandran Nagaswamy, were among the historians who formally opposed the idea of rising intolerance in the country. Both of them had then called for “an unbiased and rigorous new historiography of India”. That statement of which they were signatories had castigated leftist historians for pushing through a “legislated history” of the country.

So, while questions may be raised, naturally, about awarding this ICHR fellowship to Prof Lal, what cannot be questioned is the professor’s scholarship. And that’s important.