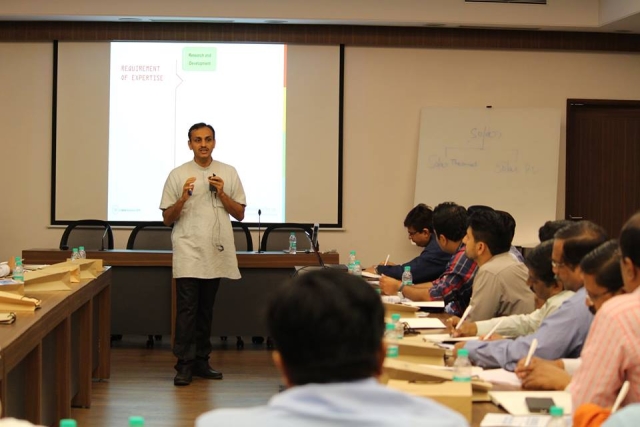 In a bid to promote self-sufficiency in energy for sustainability, a professor from IIT-Bombay has embarked on a yatra. Prof Chetan Solanki of the Department of Energy, Science and Engineering, IIT-Bombay, began his “energy Swaraj” from Sabarmati Ashram on Wednesday (26 December), reports The New Indian Express.

He has named his mission ‘Gandhi Global Solar Yatra (GGSY), akin to Mahatma Gandhi’s ‘Gram Swaraj’. He will travel to over 40 countries in a span of six to eight months. His journey will end at a global event on 2 October, which also marks the 150th birth anniversary of Mahatma Gandhi.

Prof Solanki said that his mission was to promote self-sufficiency and sustainability in energy, especially for those who lack the access. He also mentioned that it was now possible to provide a complete, reliable and sustainable solar energy which is also cost effective while providing a livelihood for locals and empowering them.

“Every time we use fossil fuel, we emit harmful gases into the environment. I want to raise awareness that technology should be decentralised and that solar energy provided the best solutions,” he said.

His first destination comprises South-East Asian countries such as Myanmar, Malaysia and Indonesia, where he will conduct meetings with various government officials, policy makers and various universities which could take the initiative ahead at the local level.