Pune: Cop And His Family Members Beat Up Policeman After Being Caught Violating Lockdown 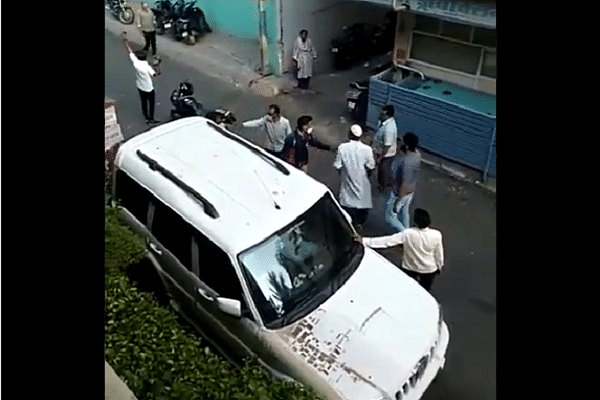 Three individuals including a cop have been booked on charges of assaulting a police constable in Pune鈥檚 Pimpri-Chinchwad area after being caught violating lockdown without any good reason.

The accused have been identified as Yunus Attar, Matin Attar and Moin Attar.

As per Marathi media outlets [1][2] Matin Attar is himself a cop. On Monday evening (27 April) the cops received information of crowding in Kalewadi area.

When one of the police constables reached the spot to disperse the crowd he was attacked by the trio.

A video of the incident has gone viral on social media.

As per the FIR filed by the police constable, the father Yunis and his sons Matin and Moin Attar began arguing with him and the off duty cop Matin in one instance also attacked him with a stick. The accused allegedly also threatened to kill the constable during the attack,

It was earlier reported that a team of police personnel was pelted with stones in Bidkin village in Maharashtra's Aurangabad district when they went to verify a report received on a religious gathering inside a mosque to offer prayers in violation of lockdown.