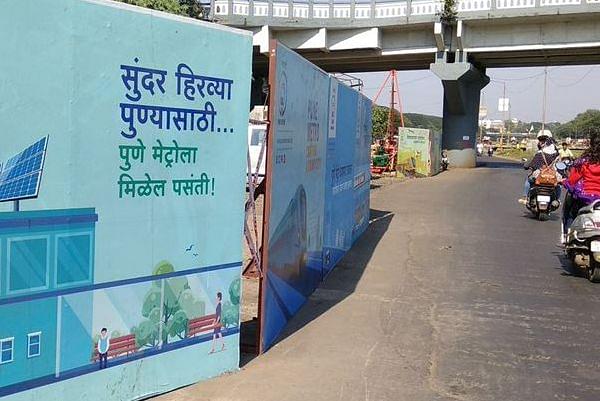 The 23-km long third metro line in Pune between Hinjewadi and Shivajinagar will connect the bustling information technology (IT) hub with the crowded Shivajinagar and will cost Rs 8,313 crores. The metro project is being implemented by the Pune Metropolitan Region Development Authority (PMDRA) on a public-private partnership basis.

The third line will comprise of 23 stations between Hinjewadi to Shivajinagar and it will be the first Metro based on a public-private partnership (PPP) after the new Metro policy was rolled out by the Union government in 2016. The construction is expected to commence by June 2019 and is expected to be complete in three years.

PMRDA has awarded the metro construction contract to Tata Realty Infra and Siemens. The state government will release 13.83 acres (5.60 hectares) of land in Balewadi as viability gap funding to contractors for commercial development. Tata Realty and Siemens will be permitted to use the land for commercial purpose and this will offset the need for direct funding from the state and the centre.

Lines 1 and 2 are being executed by the Maharashtra Metro Rail Corporation Limited (Maha Metro), a JV of the Centre and the Maharashtra government. Both the corridors are predominantly overground but for a 5-km stretch. PM Narendra Modi laid the foundation stone for Line 1 and Line 2 on 24 December 2016.

More than 30 per cent work on both the corridors has been complete. While work on the elevated part of the corridor is progressing at a good speed, work on the underground 5 km stretch was stuck for long and has gotten underway recently.

On completion of the three lines, Pune will have a metro network spanning a total length of 54.58 km.