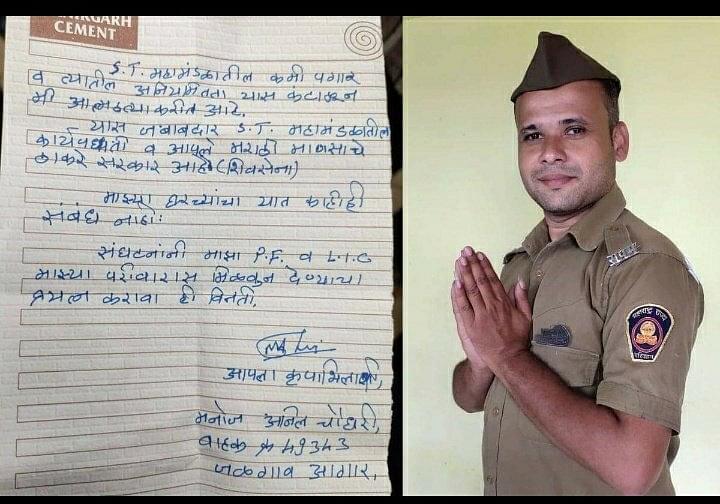 Manoj Anil Chowdhury, an MSRTC employee, committed suicide at his residence in Jalgaon due to the low salary and irregularities in the state transport corporation, Pune Mirror reports.

Chowdhury was struck in a financial crisis and he has blamed the working methods of the organisation and the Thackeray government for his decision.

“My family has nothing to do with my suicide. ST organisation should try to get my PF and LIC (money) to my family,” Chowdhury appealed in his suicide note.

The MSRTC employees are apparently dissatisfied and asking for payment of arrears for the previous two months. They are demanding the arrears of the pay for October and that of dearness allowance. The corporation had requested for Rs 3,600 crore from the state government on 30 October to pay salaries and for other essential expenditures.

Chowdhury’s demise came into light in early Monday morning. The MIDC police took his body for autopsy purposes to the district hospital and state transport union office bearers visited the medical centre too.

The MSRTC requires Rs 292 crore per month to pay its staff’s salaries. Towards the end of October, it had emerged that the dues of around 98,000 employees of the state-run bus service haven’t been settled from August onward.

The total outstanding salaries for three months amount to Rs 800 crore whereas the workers have reportedly asked for a Diwali bonus to be given to them this year. The employee unions had even approached NCP chief Sharad Pawar to intervene and resolve this crisis.