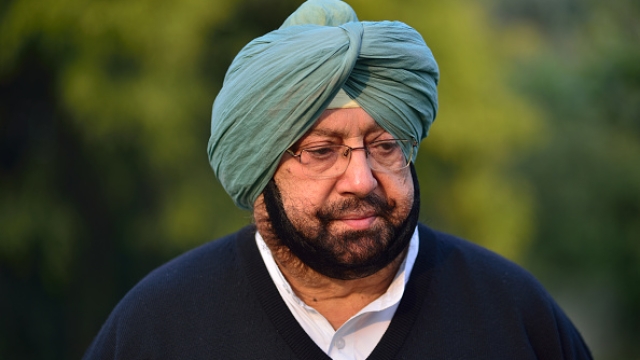 Punjab Chief Minister Amarinder Singh on Saturday (1 August) ordered the suspension of, and inquiry against, seven Excise and Taxation Officers and Inspectors, along with two DSPs and four SHOs of Punjab Police, in connection with the hooch tragedy, which has so far claimed 86 lives in the three districts of Tarn Taran, Amritsar rural and Gurdaspur.

He has also announced Rs 2 lakh ex-gratia compensation to each of the families of the deceased, most of whom are from Tarn Taran, which accounts for 64 deaths, followed by Amritsar Rural (12) and Gurdaspur (Batala) (11).

The total arrests in the case has also gone up to 25, reports India Today.

Strict action will be taken against any public servant or others if found complicit in the case, said the Chief Minister, describing the police and Excise Department's failure to check the manufacturing and sale of spurious liquor as shameful.

Nobody will be allowed to get away with feeding poison to our people, he added.

Vowing stringent action against all those involved in the case, the Chief Minister warned those indulging in spurious liquor business to stop immediately or face grave consequences.

He said he had directed the police to trace the culprits and charge all the people involved in the case, in which he had on Friday ordered a magisterial inquiry by a Divisional Commissioner, who has been asked to submit his report within a month.

Director General of Police (DGP) Dinkar Gupta said a huge quantity of spurious liquor, drums, storage cans etc. has been recovered from the accused and they have been sent for chemical analysis to check for constituents of spurious liquor.

More arrests are likely, he said, adding that raids were continuing and the police teams would continue to crack down on all those involved in the case to unravel the extend of the spurious liquor mafia operating in the region.

The death toll could rise further as the spurious liquor network was evidently spread across many areas, said the DGP, adding that questioning of the arrested accused was expected to lead to further arrests in the case.