Punjab: Pakistani Drone Trespasses Onto Indian Side For 3rd Straight Day In Ferozepur 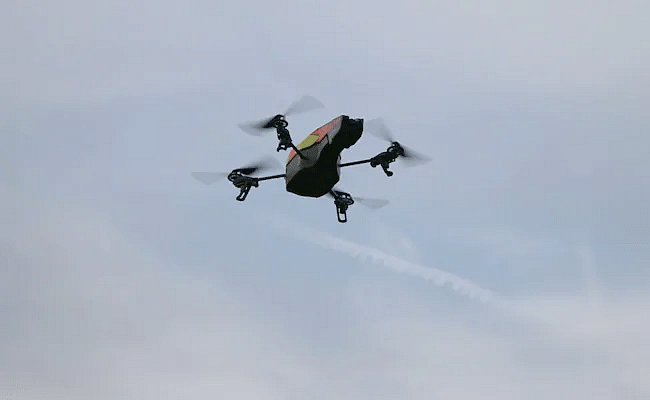 Soldiers of the Border Security Force (BSF) saw a drone flying from the Pakistani side and trespassing across to the Indian side at the Hussainiwala border in Ferozepur district yesterday (9 October) on two occasions for the third straight day, reports The Times of India.

The first time the drone made a foray onto the Indian side was at around 7.15 pm, and it was seen coming back into Indian territory after three hours or so. The trespassing drone was also seen by locals in the area.

Punjab Police has been informed of the matter, and it has initiated an investigation. The repeated incidents of Pakistani drones crossing over into Indian territory is a cause of major concern for authorities since just a few weeks ago Punjab Police managed to capture a few Pakistani drones which had been dropping payloads of arms, ammunition and fake currency for terror modules on the Indian side.

A terror cell was also busted in Punjab at around this time and illegal arms and ammo were recovered from them.

These continued forays of Pakistani drones into Indian territory may mean that there are other terror modules still operative on the Indian side which are receiving weapons from their Pakistani supporters or handlers.