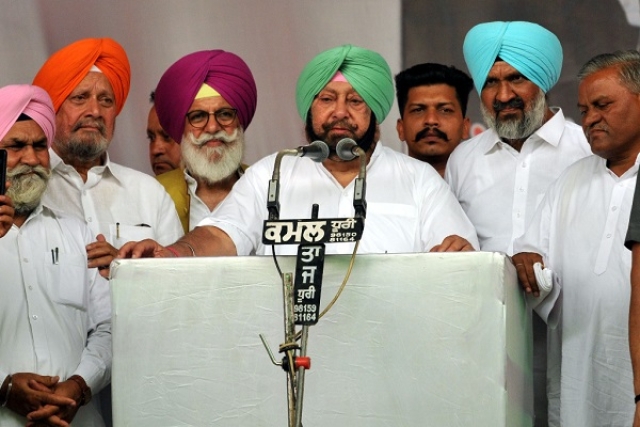 The Punjab Cabinet on 3 January gave its approval to provide free smartphones and a one-time settlement (OTS) of non-compoundable building violations, setting a tone for the upcoming Lok Sabha elections, reports The Tribune.

The government would provide one-time settlement for building violations up to 30 June 2018, and free smartphones for the youth. Under the smartphone scheme, 40,000 of them would be issued in the first phase as promised by the Congress during the Assembly poll.

Over the building violations, Navjot Singh Sidhu was quoted as saying that the government aims at mopping up Rs 700 crore as revenue from the OTS move.

The Amarinder Singh cabinet had earlier approved the promulgation of ‘The Punjab One-Time Voluntary Disclosure and Settlement of Violations of the Buildings Ordinance, 2018'.

These 40,000 (in the first phase) smartphones would be distributed to students graduating from government colleges and technical institutions.

The move is reported to cost the exchequer Rs 10 crore and the beneficiaries will be required to submit self-certified affidavits, stating that they do not own a smartphone.

They would be provided with a one-time bundle of 12 GB data and 600 local minutes talk time (voice) with one-year validity.

The government has also tweaked the policy for the transfer of school teachers. The new policy has relaxed the minimum three years at one posting requirement for applying for a transfer. The online transfer policy comes into effect from the 2019-2020 academic session.