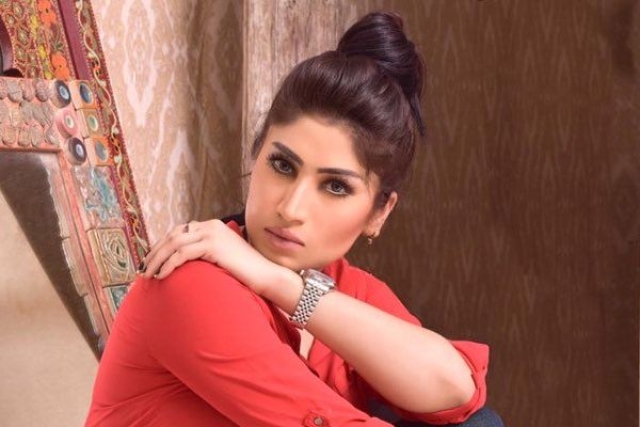 The rest of the suspects who were nominated in the case, including cleric Mufti Abdul Qavi and her other brother Aslam Shaheen, were acquitted by the model court in Multan, Dawn news reported.

According to the verdict, the prosecution had “successfully proved its case beyond shadow of reasonable doubt through cogent, convincing and inspiring evidence against the accused for committing qatl-i-amd (wilful murder) of his sister in shape of proving his presence at the place of occurrence, in shape of judicial confession corroborated with positive results of his DNA”.

“So he is held guilty of committing qatl-i-amd of his sister,” it added.

Waseem will now be sent to Central Jail in Multan to serve his sentence.

After the verdict was announced, Mufti Qavi's supporters, who had gathered outside the court, showered him with rose petals.

The police had included Mufti Qavi's name as a suspect in the murder case on the request of her father.

Qavi was removed from the Ruet-i-Hilal Committee after “controversial” pictures of him and Baloch had surfaced on social media. Following the controversy, Qavi had also been removed from the National Ulema Mushaikh Council.

Waseem had strangled her to death in the name of ‘honour’ at their house in 2016, Dawn reported.

He later confessed to the crime because she allegedly “brought dishonour to the Baloch name” with her bold videos and statements posted on social media.

In August, Qandeel’s parents had submitted an affidavit in court, saying they had forgiven the killers and the case against their sons should be thrown out. However, a trial court had rejected the request and proceeded with hearings against the suspects.