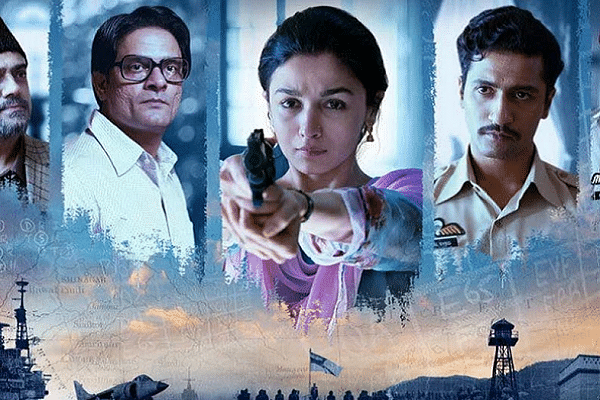 Writer Harinder S Sikka who authored the book Calling Sehmat which was made into the Bollywood movie Raazi has accused the filmmakers of altering the ending to appease Pakistanis.

Pls read the book #CallingSehmat itâs different. I was cheated by @meghnagulzar She changed narrative to appease #Pakis ruined the ending #Shame https://t.co/9rkqU6lURO

While responding to a twitter user's claim that the movie portrayed Indian intelligence officials in poor light, Sikka urged the user to read the book Calling Sehmat which has a different ending.

In the movie the lead actor Alia Bhatt who plays the role of a RAW agent who gets married to the son of a high ranking Pakistani Army Officer. While the movie's ending portrays her as getting disillusioned of her work, in the book she is shown as proudly returning back to India and saluting the tricolour.

Pls read the book. Sehmat, the hero, did not come back depressed. Instead, she saluted Tri-color,band played National Anthem.#Gulzar intentionally changed narrative to appease #Pakis
I made her director,she backstabbed me. #Shame#BollywoodLobby https://t.co/any7R8kGrN

He also claimed that lyricist Gulzar and his daughter tried to snatch due credit from him by trying to remove him from platforms like Filmfare and Jaipur Literature Festival.

Sikka added that he was also expected to get an award for best original story but that too ended up being blocked. He also alleged that attempts were also made to delay his book launch to ensure all the credit went to Meghna Gulzar.