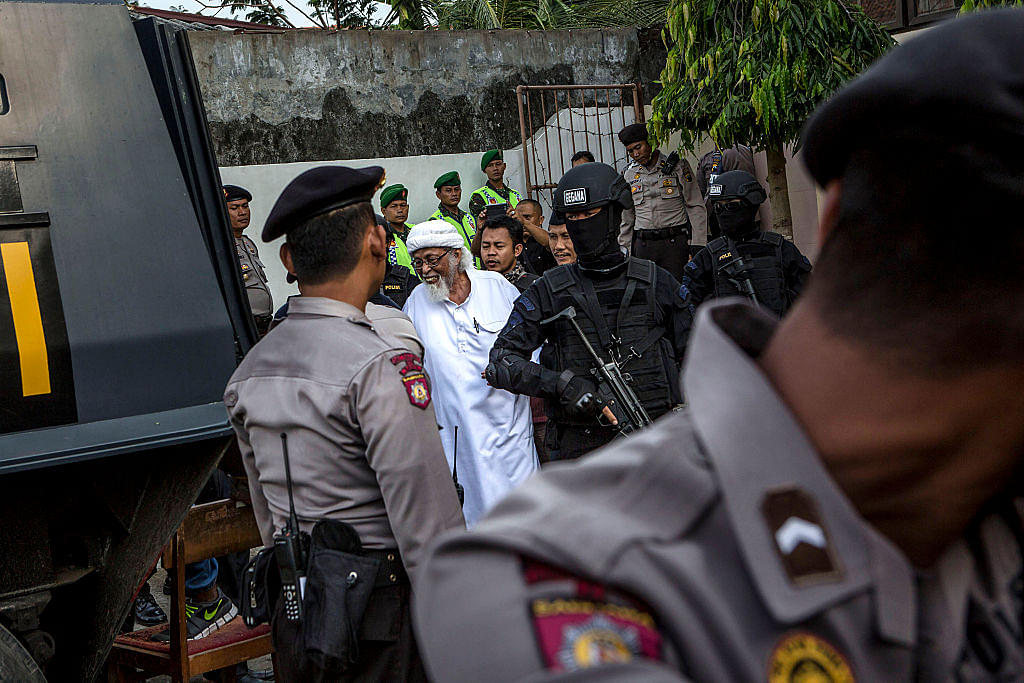 Indonesia freed the eighty two year old leader of Jemaah Islamiah (JI) which is a jihadist network with ties to al Qaeda.

Bashir was imprisoned in 2011 for 15 years for his links to a militant training camp in Aceh province. He is the suspected mastermind of the 2002 Bali bombings but was never convicted for the terror attack.

Bombings in night clubs of Indonesia's Bali in 2002 had killed 202 people. Most of them were foreign tourists including 88 citizens of Australia.

Two years ago, Indonesian government offered to release him early if the cleric renounced extreme views, but he rejected the offer.

Bashir pledged allegiance to the terrorist organization Islamic State in 2014 while serving his fifteen year term in jail.

Now, Bashir will return to the Al Mukmin Islamic boarding school, which was founded by him in the 1970s. Graduates of this school were also linked to terrorist networks and attacks.

“Bashir’s release was very distressing to the friends and families of the Australians, the 88 Australians, who were killed in the Bali bombings,” Australian Prime Minister Scott Morrison said.

“Some will never forgive, there will be others who will be just angry today. Others will stay silent because they don’t wish to have the old wounds opened again,” said Albert Talarico, spokesman for the Coogee Dolphins rugby club in Sydney which lost its president and five members in 2002 Bali attacks.