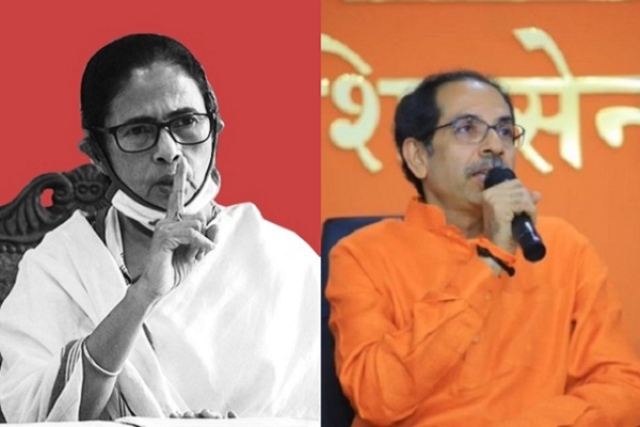 Pro-Khalistan group Sikhs for Justice (SFJ) which is an unlawful and banned outfit in India wrote to Mamata and Uddhav wrote in the letter that, the two states should be separated from India to "safeguard the prosperity, ethnicity, identity, language, and culture of the Bengali and Marathi peoples from the Indian hegemony which denies diversity and imposes a historical homogeny".

SFJ in the letter has also offered its legal service to Maharashtra and West Bengal to defend its "declaration of independence" at the International Court of Justice (ICJ).

It should be noted that pro-Khalistan SFJ has recently become very active with regards to the ongoing farmer protests on Delhi's borders.

The SFJ had announced a reward of $350,000 for the violent protesters who unfurled the Nishan Sahib at the Red Fort. It had also offered a similar reward for hoisting the Khalistani flag on India Gate.

Based out of the United States (US), SFJ had also been pushing to hold a 'Sikh Referendum 2020' and had declared 4 July as the inaugural day for registration of the outfit-organised referendum on Khalistan.