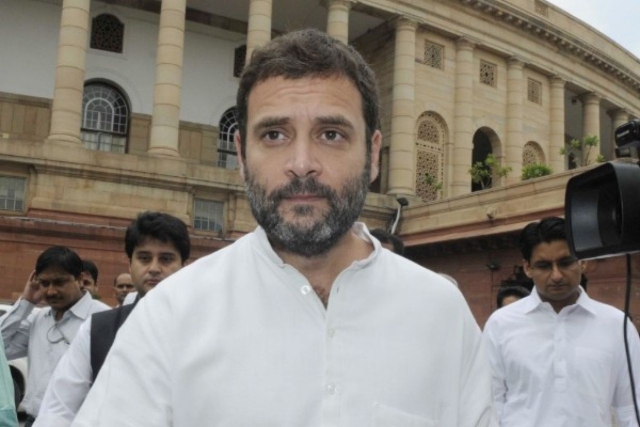 Soon after the Lok Sabha 2019 voting was officially concluded by the Election Commission, Congress President Rahul Gandhi took to twitter to blame EVMs, election schedule and accused the election commission of “capitulation before Prime Minister Narendra Modi and his gang”.

From Electoral Bonds & EVMs to manipulating the election schedule, NaMo TV, âModiâs Armyâ & now the drama in Kedarnath; the Election Commissionâs capitulation before Mr Modi & his gang is obvious to all Indians.

The EC used to be feared & respected. Not anymore.

In his tweet, Rahul Gandhi accused the Election Commission of losing its once fearsome image which had led it to be respected in the past.

Such a tweet, even before the announcement of exit poll predictions, let alone the final results, led many to question whether the Congress has already conceded defeat in the polls.

Rahul Gandhi in his tweet also took potshots at Prime Minister Modi for taking darshan at Kedarnath by terming it as a “drama”.