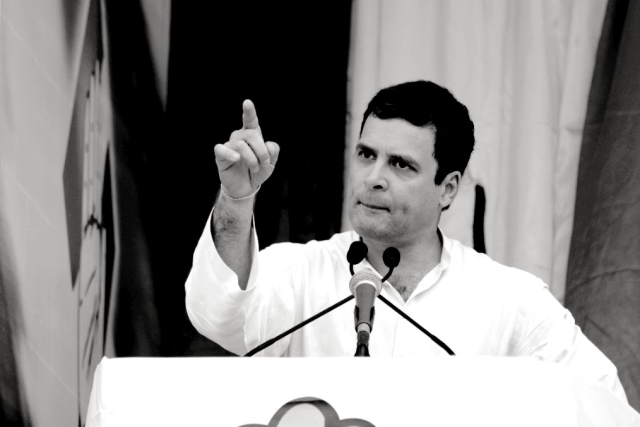 Rahul Gandhi who officially announced his decision to quit from his position as Congress party president on Wednesday (3 July), tendered his resignation letter to the party and later posted it on Twitter.

It is an honour for me to serve the Congress Party, whose values and ideals have served as the lifeblood of our beautiful nation.

I owe the country and my organisation a debt of tremendous gratitude and love.

The letter began on a positive note, with Rahul Gandhi stating that it was an honour to serve the Congress party. He also acknowledged that as the president he was responsible for the party’s loss in the 2019 Lok Sabha polls and said that tough decisions would need to be taken to rebuild the party.

The resignation letter soon took a different turn, when Rahul Gandhi launched an attack on BJP and RSS and dedicated a sizeable chunk of text to attack the two organisations.

In the letter Rahul Gandhi stressed that “every living cell in his body resists the BJP’s idea of India” and accused the party of attacking India and its constitution.

“I personally fought the Prime Minister, the RSS and the institutions they have captured with all my being...the stated objectives of the RSS, the capture of our country’s institutional structure, is now complete”, said the letter.

“The BJP is systematically crushing the voice of the Indian people...our democracy has been fundamentally weakened”, the letter added. The attack also included claims of rigged polls and levelled corruption charges against Prime Minister Modi.

After Rahul Gandhi’s exit 90-year-old Gandhi family loyalist Motilal Vora was touted as the next interim president of the party by various media reports. Vora though has claimed that he has no information of the same.