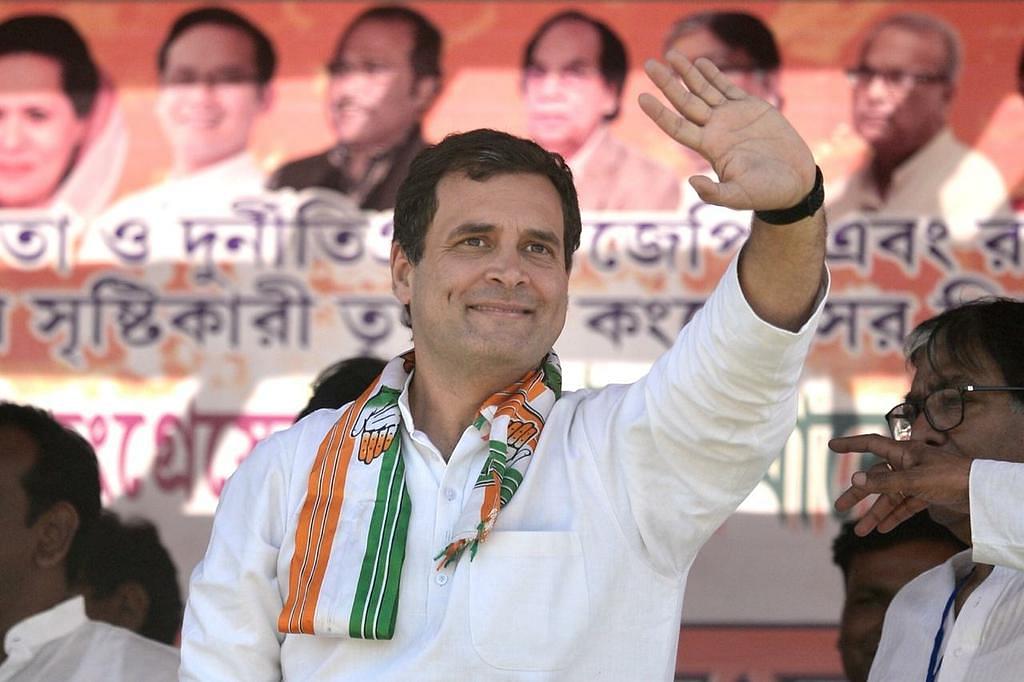 He said that the BJP had collated significant information from media sources, whistleblowers and courts, and had found proofs of malafide acts and ambiguities in the election nomination affidavits signed by Gandhi with the Election Commission of India prior to 2004, 2009 and 2014 General Elections.

Patra raised questions over Gandhi's sources of income, and alleged that Gandhi was dubiously profiteering from scams, shady land deals and sequestered links with arms dealers. The allegations first raised in a detailed report by Opindia have been doing rounds on social media with people questioning Rahul Gandhi over them.

In his election affidavit for 2004, Gandhi had declared assets worth about Rs 55 lakh which in his 2009 election affidavit rose beyond Rs 2 crore and further in his 2014 election affidavit zoomed north of Rs 9 crore. Patra alleged that given Gandhi's sole declared means to earn was the salary drawn as a Member of Parliament to the Lok Sabha, the exponential growth in his assets didn't add up by a large account.

Patra further highlighted that the above figures did not include the Rs 150 crore that Gandhi and his mother, Sonia Gandhi owed to the Associated Journals Limited (AJL) for which both were served with an income tax notice to the tune of Rs 100 crore which they had hidden from their election affidavits.

Patra then elaborated on Gandhi, his sister Priyanka Gandhi Vadra and Robert Vadra's dubious land dealings with HL Pahwa, under which each of them bought lands from Pahwa for a few lakh rupees and then within a span of months sold it back to Pahwa for a a few crore rupees.

Patra here raised the first doubt about why the land was bought from and sold back to the same person Pahwa within a matter of months with an exponential price escalation?

It was then also pointed out that to buy back the lands from Gandhi, his sister Priyanka Gandhi Vadra and Robert Varda, Pahwa took money from another man, CC Thampi who further took money from major arms dealer, Sanjay Bhandari. Patra accused that a convoluted chain was established to receive kickbacks from the arms dealer Bhandari by Gandhi, Priyanka and Robert Varda which was a serious act of corruption.

Moving to his next allegation against Gandhi, Patra then highlighted the case of Gandhi and his sister, Priyanka's 4.69 acre big Indira Gandhi Farm House in Mehrauli, Delhi.

Patra accused that Gandhis had given on rent the farm house from 1 February 2013 to 22nd October 2013 to Financial Technologies India Ltd. (FTIL). He apprised the media that this happened merely 10 months after a show cause notice was served to National Spot Exchange Ltd (NSEL), a company promoted by FTIL.

Here, Patra also highlighted the Rs 5,600 crore NSEL scam which was exposed during the same period of time in the month of June 2013. Patra brought to attention that in 2007 Congress Government had exempted NSEL from adhering to provisions of the Forwards Contracts Regulations Act which led to the eventual scam.

Patra drew the parallel that while the NSEL scam was underway, Rahul and Priyanka were profiteering from the FTIL committed NSEL scam in the form of rentals received in order to turn black money into white money. He also raised the question why Rahul and Priyanka continued to deal with FTIL even after the scam had come to light.

Then moving to his next allegation, Patra brought up how the same Indira Gandhi farm House, before being rented to FTIL was officially rented to another Industrial house from 2007-08 to 2012-13 during which they earned total rents of Rs 3 crore, while in his 2009 election affidavit

Gandhi had declared that the said farm house was worth only Rs 9 lakh. Here Patra furthered his point by alleging that even though officially the farm house was rented off to an industrial house, yet its possession was always with the Rahul and Priyanka.

Here Patra raised the question, how come Rahul was earning rents of four to nine times of the absolute worth of the farm house, and asked if there were any kickbacks involved which were being turned into white money by means of dubious rental agreement?

Then, moving on to his another allegation on Rahul Gandhi's means to earn, he cited an Indian Express report, which stated that Rahul Gandhi had purchased two commercial properties worth Rs 1.44 crore and the other Rs 5.36 crore in October 2010 at Gurugram’s Signatures Towers-II which were owned by Unitech.

Patra informed the media persons that he had access to the Agreement Sale Deed of the said property purchases which showed that the properties worth Rs 1.44 crore and Rs 5.36 crores were bought for a cumulative price of Rs 4 crore and no other payment was made beyond that amount. Patra then also highlighted that Rahul was also drawing interest benefits on the same payment it had made to Unitech for the aforementioned properties from 2010-11 to 2014-15.

Upon pointing the above-mentioned discrepancy, Patra asked whether the payment of Rs 4 crore made to Unitech by Gandhi was an advance payment for the above two properties, or an interest earning deposit?

Adding to the discrepancy he then highlighted that Unitech's subsidiary Unitech Wireless was one of the main accused in the infamous 2G scam which took under the then Congress Government. In October 2009, the CBI registered a case into the alleged irregularities in the allocation of 2G spectrum. On 8 October 2010, the Supreme Court sought the then government’s response to the Comptroller and Auditor General’s report on the alleged scam. In October, the same year, Rahul Gandhi purchased two commercial properties at Gurugram’s Signatures Towers-II owned by Unitech which didn’t find a mention in his 2014 election affidavit.

Then moving to his final allegation against Rahul, Patra brought up the 2004 election affidavit signed by him in which Rahul had reported that he held 83 per cent stake in UK based Backops Limited and three of its European accounts, two of which were with HSBC's UK division.

The firm was reportedly dissolved in 2009. Here Patra asked what happened with Rahul's 83 per cent stake, and if it was sold to someone, then why wasn't earnings from the same reported in his 2009 election affidavit? Patra accused Gandhi of hiding facts from his election affidavit and not showing his income sources to the full.

Before ending the high-voltage press briefing Patra challenged Rahul Gandhi to file a defamation suit against BJP if he could prove any of the points raised by him as wrong.