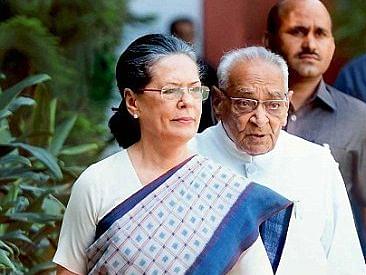 The All India Railwaymen's Federation (AIRF) on Thursday (7 May) wrote to Congress interim chief Sonia Gandhi, urging her to refrain from indulging in "petty politics" over the fare of Shramik Special trains and said that the national transporter was charging money to prevent overcrowding at stations.

In a letter to Gandhi, AIRF General Secretary Shiv Gopal Mishra said travelling during the coronavirus pandemic is dangerous but railway staffers are making it possible through their hard work.

"I request not to destabilise a good system which is enabling migrants to return home in 115 special trains because of petty momentary political gains," he said in his letter.

His remarks came amid the row over the ticket fare.

On Monday, emphasising the plight of migrants and the money being charged from them for ferrying them back to their home, Gandhi said that the party will bear the cost of their rail tickets.

"The Congress has, therefore, taken a decision that every Pradesh Congress Committee (state unit) shall bear the cost for the rail travel of every needy worker and migrant labourer and shall take necessary steps in this regard.

"This will be the Congress' humble contribution in service of our compatriots and to stand shoulder to shoulder in solidarity with them," the Congress leader said in a statement on Monday.

Mishra, who is the General Secretary of the railways largest union, said that the Central government and Prime Minister Narendra Modi has dealt with the situation by taking proper steps after speaking to states.

The national transporter has run over 163 trains till Thursday starting since 1 May and transported over 1.5 lakh migrant workers across the country.