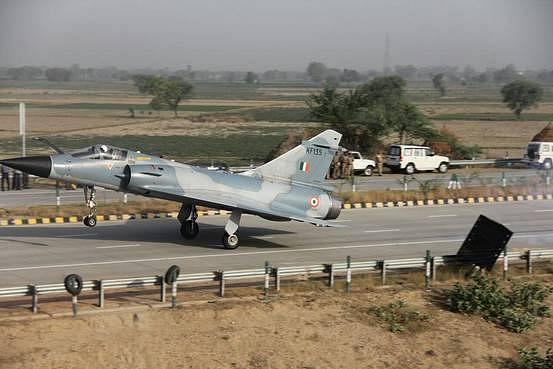 The Government of Rajasthan has denied permission to the National Highways Authority of India (NHAI) to set up an emergency airstrip on a National Highway near Jaisalmer, reports Hindustan Times.

The NHAI sought a no-objection certification (NOC) from the state Forest Department to develop an airstrip along Phalodi-Jaisalmer highway because a section of the highway fell under forested areas that is a breeding area for the endangered Great Indian Bustard.

Deputy Conservator for Forests (Wildlife) of the Jaisalmer zone Anoop K R said that the proposed are for the highway strip extended into the Ramdevra enclosure by 20-30 metres. He added that the noise due to take-offs and landings could scare away the endangered bird from the area. Around 15 Bustards annually come to the region to breed successfully, he stated. The NHAI had sought the NOC a month ago in February.

In 2017, the Indian Air Force selected several stretches to develop emergency road runways, of which three were in Rajasthan. While the Nachna-Ramgarh and Barmer-Jaisalmer stretches don’t require an NOC, the Phalodi-Jaisalmer did owing to its proximity to the breeding sites for the endangered species.

Both the Centre and the state have been focusing on conservation efforts for the Bustard with species recovery programmes and captive breeding centres at Sorsan and Nokh. The state is actively developing grasslands, setting up predator-proof fences and developing additional closures in the region.

Of the total 4,500 acres at Ramdevra, around 780 acres would have been lost if the highway strip were to be built.

The Great Indian Bustard (Ardeotis nigriceps) – Rajasthan’s state bird – began breeding there in 2012. A 2011 survey put their total population to around 250 individuals, which saw it move from the ‘endangered’ to ‘critically endangered’ species. It is known locally as Godawan and is protected under the Wildlife Protection Act, 1972.