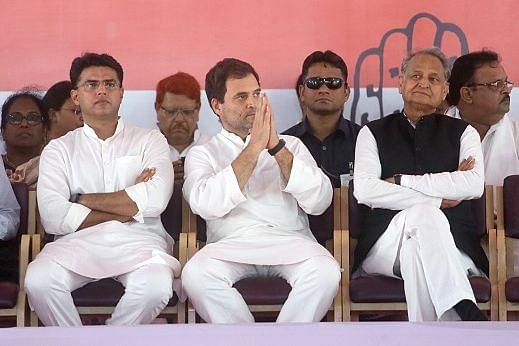 A reshuffle is likely to take place in Rajasthan Chief Minister Ashok Gehlot’s cabinet in the first fortnight of August, a year after the political crisis struck the state.

Meanwhile, former deputy Chief Minister Sachin Pilot, who led the rebellion against Gehlot in July 2019, will most probably be shifted out of Rajasthan and made in-charge of some other state as the general secretary of the All India Congress Committee (AICC).

The proposed move will be done to accommodate members of Pilot’s camp in the state cabinet. CM Gehlot is said to have resisted this rejig for quite some time irrespective of being pushed to do so by the AICC, Times of India reports.

Congress is reportedly treading a delicate path given that it has to induct Pilot’s men along with the independent legislators and the other BSP defectors in a few remaining vacancies.

Ajay Maken, AICC in-charge for Rajasthan, has stated that the final decision on the state’s cabinet reshuffle will be taken by the central leadership of the Congress. He will hold final consultations on this matter with party MLAs and leaders on 28th and 29th July.