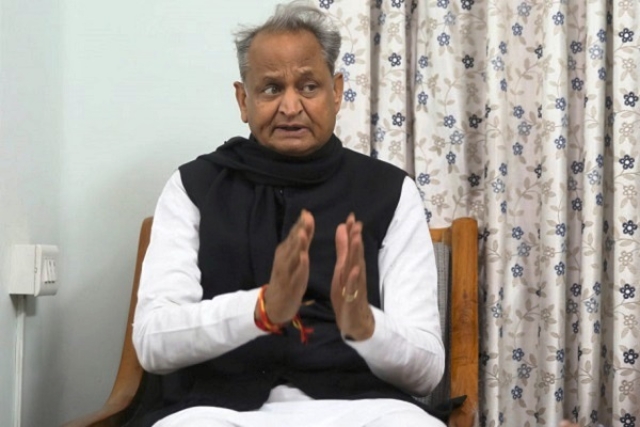 Just weeks ahead of the Hindu festival of Diwali, the Ashok Gehlot-led Congress government in Rajasthan has imposed a ban on the sale of firecrackers in the entire state, reports Hindustan Times.

Chief Minister Gehlot said the ban on the sale of firecrackers in the state was aimed at protecting COVID-19 patients and those suffering from other health issues from the ill-effects of the poisonous smoke generated by firecrackers.

“People should desist from using crackers on Diwali,” Gehlot said.

The Chief Minister said that the use of firecrackers should be banned during weddings and other events as well.

In addition to this, Gehlot has also ordered officials to restrict the movement of vehicles without a fitness certificate.

Gehlot’s firecracker ban comes at a time when air pollution levels have surged in Rajasthan and the other northern states weeks ahead of Diwali.