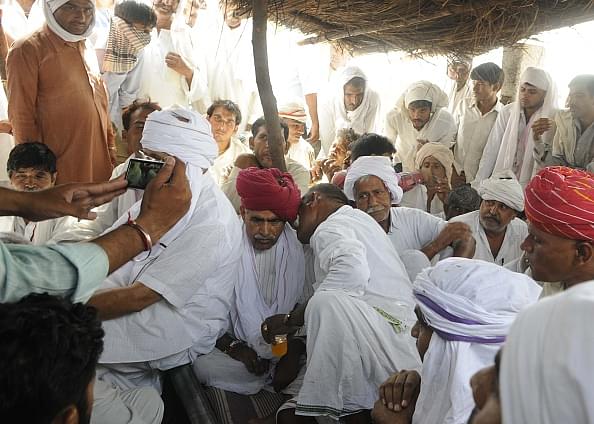 Taking a cue from the centre’s new 10 per cent quota for Economically Weaker Sections (EWS), leaders of the Gurjar community in Rajasthan on Friday (18 January 2019) threatened to launch protests if the current Congress government does not grant them five per cent reservation in the state, reports The Indian Express.

The decision was made at a meeting of the Gurjar Arakshan Sangharsh Samiti; it was agreed at the gathering that the community would hold panchayats which would act as the launchpads for their agitation if the government didn’t accept their demands.

“We have given a 20-day ultimatum to the government to provide us 5 per cent reservation. Now that the Centre has provided 10 per cent reservation in general category, the 50 per cent cap imposed on reservation by the Supreme Court has already been breached. There shouldn’t be any problems to give us our due now,” stated general secretary of the Gurjar Arakshan Sangharsh Samiti, Shailendra Singh.