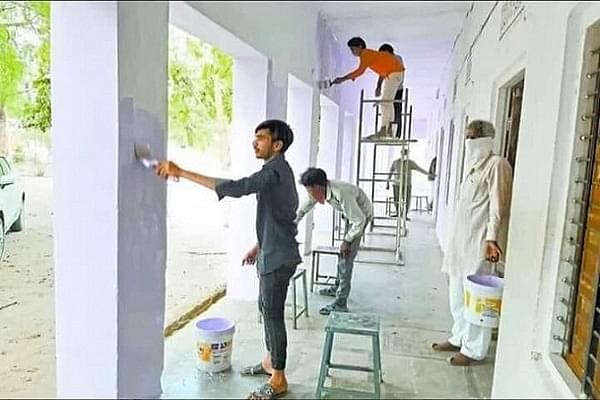 Migrant workers who were quarantined in Rajasthan’s Sikar district expressed their gratitude for all the arrangements made for them by painting two worn out school buildings free of cost after the end of their quarantine period, Press Trust of India has reported.

The 54 workers who hail from regions like Haryana, Rajasthan, Madhya Pradesh and Uttar Pradesh were quarantined in the Shaheed Sitaram Kumawat and Seth K L Tambi Government Higher Secondary schools in Palsana village.

There the local people and authorities took good care of them and as a result the workers wanted to do something in return. They thus suggested the idea of painting school buildings which had not received a coat of paint in the last nine years.

The school teachers subsequently pooled money from their salaries and made the necessary paint and equipment available. Following this, the workers got down to work and did not charge any money for their services.

The quarantine period of all the labourers has now ended and all are perfectly healthy as per Palsana Sarpanch Roop Singh Shekhawat.