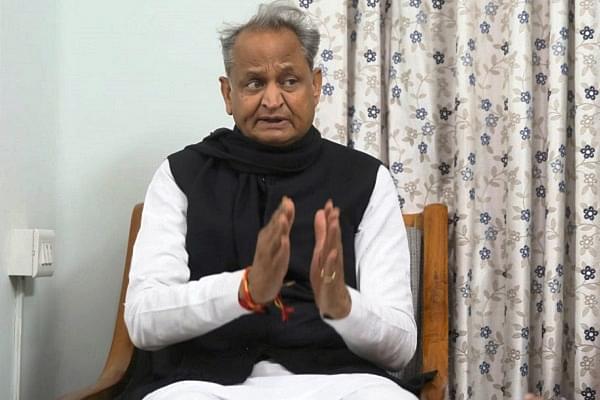 Though the Congress is now considering moving its Maharashtra MLAs back to Mumbai, the Rajasthan government headed by the party, which claims to be short of funds for developmental projects in the state, has been hosting the Maharashtra lawmakers in one of the most expensive resorts that boasts of all high-end facilities.

According to sources, the resort is owned by a French politician and hence boasts of architecture which blends French and Rajasthani styles.

A high-end spa, pool restaurant, terrace restaurant and two bars are the main attractions of the resort where the MLAs are housed.

"It has been three days since the Congress MLAs from Maharashtra are camping here and hence the bill must be exorbitant. However, we have to lose something to gain something. We want to form our government and hence these expenses are ok," said a Congress worker speaking to IANS.

Meanwhile, it is not just their accommodation on which the party is spending big.

The MLAs are also treated like VIP tourists and are being taken to different scenic locations of the state including Jodhpur, Amer, Pushkar, and Ajmer.

In fact, Rajasthan Congress in-charge Avinash Pandey also termed these MLAs as tourists the day when they landed in Jaipur. He said, "Rajasthan is a beautiful state and these MLAs have come as tourists and shall be taken to scenic locations of the state during their stay in state."

All these MLAs have also been followed by police force where ever they go no matter if it is a shopping trip, a plush hotel to dine or a tourist spot.

Surprisingly, a day before all these MLAs landed in Jaipur, Chief Minister Ashok Gehlot had said, "The slowdown is killing the economy of our country. The revenue expected to flow in via GST is not coming as the government implemented it in a wrong manner due to which the entire nation is suffering."

"States are suffering and eventually we too are suffering. Rajasthan shall get Rs 7,000 crore lesser this time, now tell me how can the state develop with cash crunch," he added.

The day the MLAs landed in Jaipur, Gehlot had said "Our MLAs faced threat of being poached and hence we have to shift them here. Not only us, even Shiv Sena MLAs who are partners of BJP are also being threatened of being bought and hence are shifted to a resort."