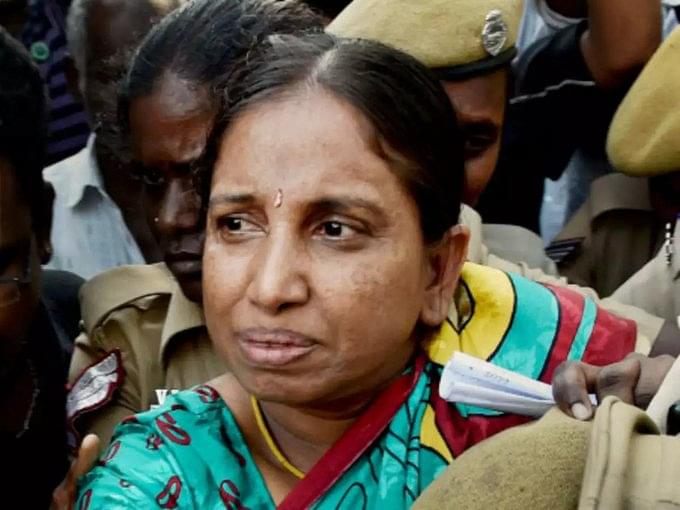 One of the life convict in the assassination case of former prime minister Rajiv Gandhi, Nalini Sriharan allegedly attempted to end her life in prison on Monday (20 July), The Hindu reported.

She is lodged in the Special Prison for Women in Tamil Nadu's Vellore.

According to police officials cited in the report, Sriharan took the alleged step after a spat between her and another life convict took place.

After the arguments, the fellow inmate had reached out to the jailer complaining about the incident. She also wanted to shift from the block where Nalini was placed.

Upon receiving the complaint, the jailer visited the cell on Monday night to enquire about the matter where Nalini Sriharan threatened him that she would kill her self. However, she was stopped by the prison staff.

Although, Sriharan's lawyer P Pugazhendhi said she not only threatened but went on to make an attempt to strangle herself, as reported by The Times of India.

Pugazhendhi said, “There was a verbal duel between Nalini and a fellow life convict on Monday. Around 8.30pm, warder went to Nalini’s cell and conducted an inquiry , expressing her support to the other woman inmate. Upset over it, Nalini attempted to strangle herself with a piece of cloth.”

“The prison officials present there immediately intervened and rescued her. We are making steps urging the prison department to transfer Nalini from Vellore to Puzhal prison as an insecurity situation prevails there for her,” he added.

Nalini is one of the seven convicts in the murder case of the former PM and has been in prison for over 28 years.