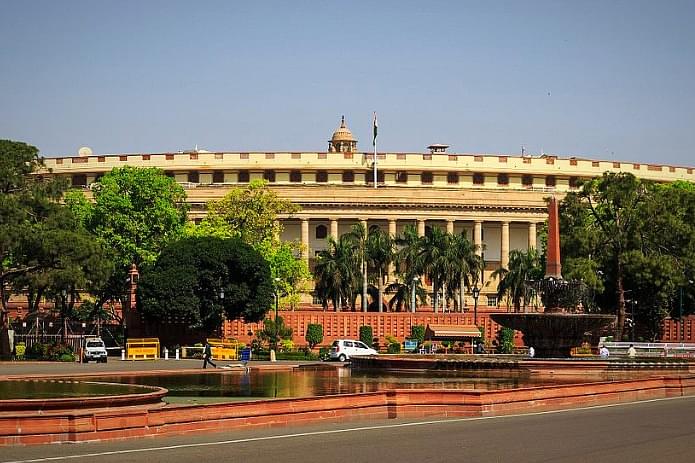 On the occasion of the 250th session of Rajya Sabha on Monday (18 November), the members of the Upper House, cutting across party lines, called for various reforms in proceedings, research oriented deliberations and sought more working hours.

On the opening day of the winter session, the House members held a special discussion on the role of Rajya Sabha in Indian polity and the need for reforms. Highlighting the uniqueness of the Upper House, Samajwadi Party (SP) leader Ram Gopal Yadav urged that "whatever happens in (the) Lok Sabha should not be imitated in (the) Rajya Sabha."

Senior Biju Janata Dal (BJD) leader Prasanna Acharya said that they have always cooperated with the chair and never obstructed the House. "This House has given Prime Ministers. Now, we need to introspect as there are no proper representations of Northeastern states," Acharya said. He also stressed that proper representation will only strengthen India's federal system.

"Every state has a specific problem and that needs to be heard. In Northeast region each state has own issue and it cannot have general solution," he said, urging giving more time to hear problems from the smaller states.

Ram Chandra Prasad Singh from the Janata Dal said that there should be adequate representation of small states, especially from Union Territories.

Bharatiya Janata Party (BJP) leader Bhupendra Yadav said that he has learnt a lot hearing the deliberation between late Arun Jaitley and Congress leader Anand Sharma and he wants the tradition of discussion in dignified manner should continue in the House forever.

Talking about disruption of certain hours in House, Shiromani Akali Dal (SAD) leader Naresh Gujral said, "When we disrupt certain hours over some issues during the session, we let down people back. This needs to end and we should have serious deliberations, special session for major crisis." He also urged the Chairman of House to end the system of giving two to three minutes to the leaders representing smaller states.

Sanjay Singh of Aam Aadmi Party (AAP) urged the House to not simply ignore the private members' bills. "It should be taken to logical end and not turned out to be merely a formality."