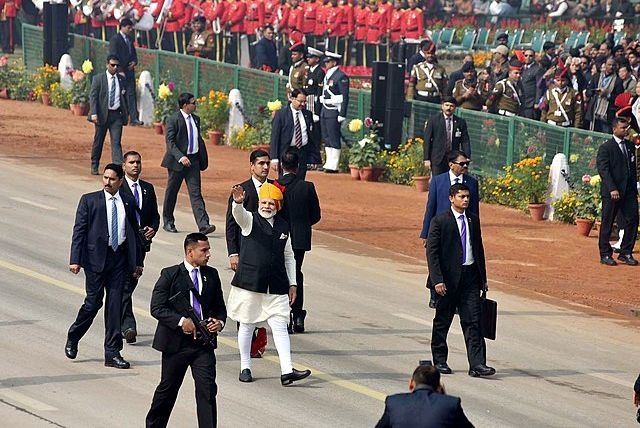 Parliament on Tuesday (3 December) passed the bill amending the SPG Act, paving the way for SPG cover only for Prime Minister and his immediate family members at his official residence, as the Rajya Sabha approved the measure by a voice vote amid a walk-out by Congress members.

The Special Protection Group (Amendment) Bill, 2019, has already been passed by the Lok Sabha.

The elite security cover would also be provided to former Prime Minister and members of his immediate family "residing with him at the residence allotted to him for a period of five years, from the date he ceases to hold the office".

He said that Prime Minister is getting SPG protection as he is the head of the state.

"SPG is there for Prime Minister because he is the head of the state. If someone is no longer the Prime Minister but still wants SPG, it does not happen like that in a democracy," Shah said.

Saying that he can't understand why some people are adamant about SPG, he explained its constitution and how the personnel in the elite security group are from various forces including state police.

He said that after five years, the security personnel go back to their cadre.

Participating in the discussion, Congress leaders accused the government of political vendetta in the move aimed at stripping the Gandhi family of the security cover.

With many Congress members raising the issue of security breach at Priyanka Gandhi's residence, Amit Shah said that an enquiry had been immediately ordered to ascertain the breach.

Detailing the sequence of events that led to the breach, Shah said that the security at Priyanka Gandhi's residence had been informed that Rahul Gandhi would come in a black Tata Safari car.

He said that this information was at the gate. Further, at scheduled time, a black Safari came. In the car, instead of Rahul Gandhi, came Sharda Tyagi, the Chief of Congress Committee from Meerut along with four other party workers. Since the car was black Safari and came around the same time, it was allowed inside.

Shah said that even now and earlier, Priyanka Gandhi's husband Robert Vadra, Rahul Gandhi and other family members do not go through the security arrangement.

"It was a coincidence. We have ordered an enquiry. All three responsible for the breach have been suspended. The enquiry is being carried out by the senior most IG (Inspector General)," he said.