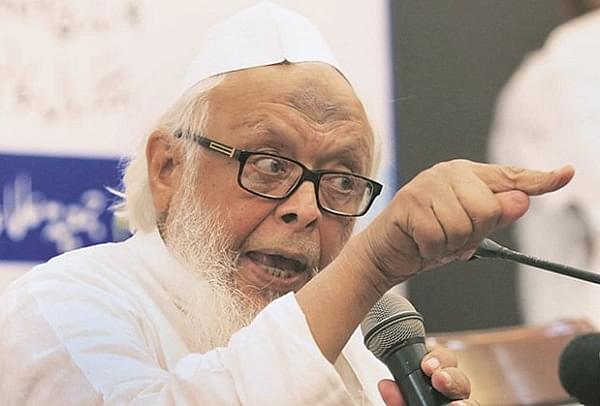 Jamiat Ulama-e-Hind (JuH), one of the leading organisation of Islamic scholars belonging to the Deobandi school of thought in India, and a key litigant in the Ayodhya title suit, has decided has decided not to accept the 5-acre alternative land for building a mosque as mandated by the Supreme Court is not acceptable, reports Times Of India.

On Thursday (14 November) the working committee met in Delhi and the JuH said that nothing would be acceptable as an “alternative” to a mosque, be it money or land.

Also they have not ruled out the possibility of going for a review of the Supreme Court verdict.

JuH President, Arshad Madani will lead a five-member fact-finding committee and would seek legal opinion on the issue.

Maulana Ashhad Rashidi, who was present in the meeting said, “Two crucial decisions were taken in the working committee meeting. One pertained to the five-acre alternative land for a mosque and the other possibility of filing a review plea. The working committee unanimously decided there can be no ‘badal’ (alternative) of a mosque for anything in the world. Neither money nor land,”

According to Rashidi said, “It won’t be right for any Muslim outfit to accept a barter”

Another Muslim litigant Mohammad Umar has already announced that he will file a review petition, provided the AIMPLB provides him legal support.

Zafaryab Jilani, convener of the All India Babri Masjid Action Committee (AIBMAC) and a counsel for the Sunni Central Waqf Board, has already said that he is 'not satisfied' with the SC apex court.