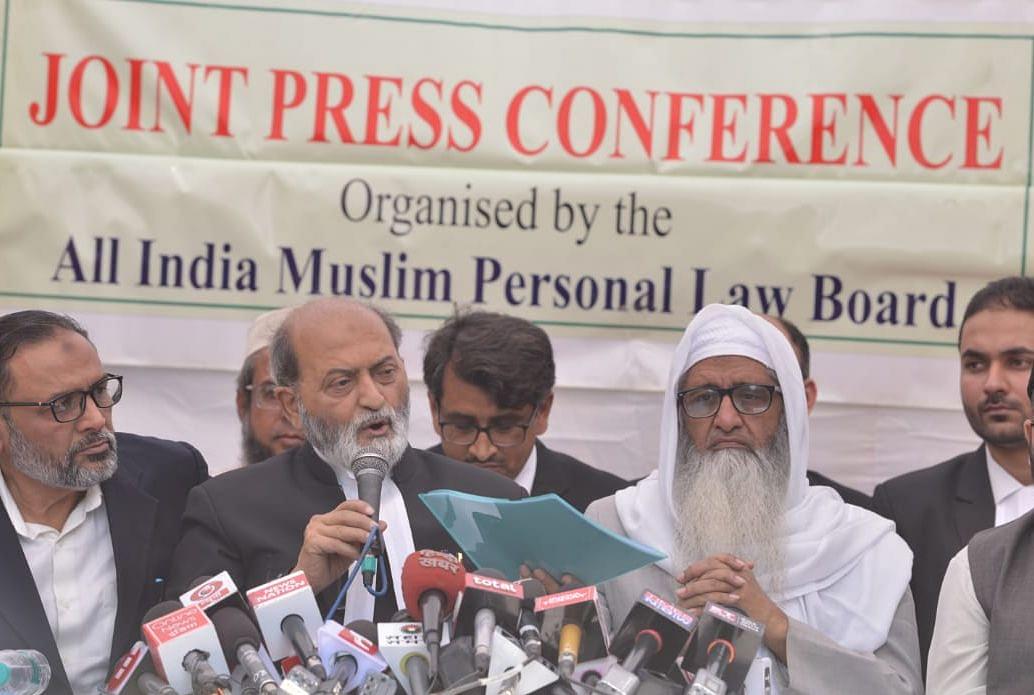 Five days after the Supreme Court announced its verdict on the Ayodhya issue, Mohammad Umar, son of one of the first Muslim litigants, has said that he is ready to file a review petition after an approval from All-India Muslim Personal Law Board (AIMPLB), an apex body of the community.

The AIMPLB is holding crucial meeting on Sunday (17 November) to discuss the court verdict and also whether a review petition should be filed in the matter.

Jamiat Ulama-e-Hind (JuH), which is also a party in the case, will be meeting in Delhi on Thursday (14 November) to discuss the issue.

According to Mohammad Umar, any alternate land for the mosque, outside the acquired 67 acre, may not be acceptable.

The VHP has already stated that the mosque should be built outside the 'cultural limits of Ayodhya'.

"If the AIMPLB backs me legally, I am ready to file a review petition. We were fighting for Babri mosque, not just a piece of land. Why should the mosque be built away from the site of the demolished Babri Masjid? Why should we go somewhere else to offer prayers? Land for the mosque should be given within the acquired site and not beyond," he said.

Umar's father Mohammad Farooq was one of the first six Muslim litigants in the Ram Janambhoomi-Babri Masjid dispute, along with Hashim Ansari.

After the Babri demolition, then Congress government led by Prime Minister P.V. Narasimha Rao had passed the 'Acquisition of Certain Areas at Ayodhya Act' to acquire 67 acre around the 2.77 acre disputed site where the Babri Masjid once stood.

Another key litigant, UP Sunni Central Waqf Board, has already announced that it would not appeal against the Supreme Court verdict.

AIMPLB member and convener of All India Babri Masjid Action Committee (AIBMAC) , Zafaryab Jilani, had said on the day of the verdict that he was not 'satisfied' with the judgment and would decide on filing a review petition in the Sunday meeting.

He had also said the board can explore the option of seeking a review through five Muslim litigants and three other Muslim defendants in the Ayodhya case.