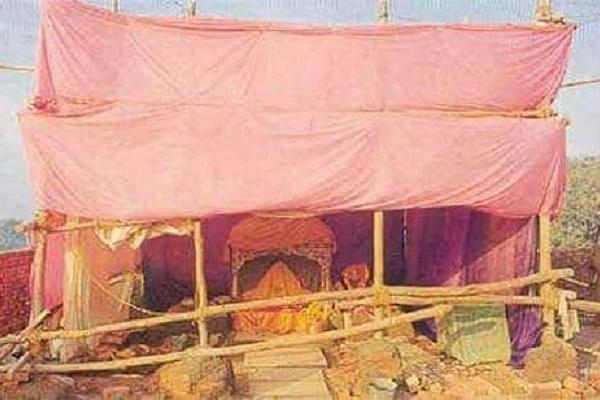 The Ram Janmabhoomi Teertha Kshetra trust has begun work to shift the Ram Lalla idol from the makeshift tent to an enclosure 200 feet away, Hindustan Times has reported.

This new enclosure would be built either out of wood or fibre and will reduce the distance devotees require to walk by 500 metres. The shifting is expected to be completed by 25 March during a 14 day Mahotsav organised by the Vishwa Hindu Parishad (VHP).

Currently devotees need to take a 1 km long walk from police barricades to the makeshift tent. This will be reduced to 500 metres and the distance between the devotees and the idol too will be reduced by 52 metres in the new enclosure.

The new enclosure may be opened up for the devotees on Ram Navami on 2 April.

“Ram Bhakts always resented the tent enclosure around Ram Lalla. It is Lord Ram’s birth place and yet the deity had to be in a tent for three decades. This is the first major step on the ground initiated by the Trust”, trust member Kamleshwar Chaupal was quoted as saying.