Ram Mandir Legislation Around The Corner? BJP MP Asks Parties Whether They Will Support A Private Member Bill 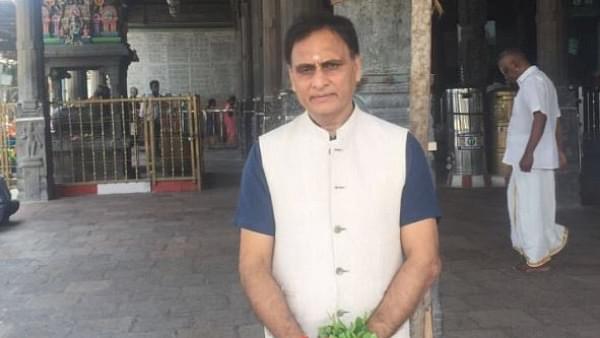 Bharatiya Janata Party’s (BJP) Rakesh Sinha has asked whether political parties will support a private member bill on Ram Mandir, India Today has reported. The MP criticised the Supreme Court for not taking a decision on the contentious matter even as it continues to resolve other religious matters brought before it in recent times.

How many days SC took to give verdict on Article 377, Jallikattu, Sabarimala ?But Ayodhya is not in priority for decades and decades . It is a top priority of Hindu society .

On a TV debate, the nominated member of Rajya Sabha questioned whether critics of Rashtriya Swayamsewak Sangh (RSS) would support a private member bill on the Ram Mandir.

If I bring the Private Member Bill in Rajya Sabha on Ram Temple, what will be the position of Congress and left parties? asks @RakeshSinha01, MP Rajya Sabha #MandirBillNext pic.twitter.com/gbXrWhiSdD

"To those who keep asking the BJP and the RSS about when Ram temple will be constructed, I have a straight question: Will you support my private member bill?," the BJP MP has tweeted.

National Conference leader Farooq Abdullah has criticised the BJP over the Ram Mandir issue. “ They (BJP) think that Lord Ram will win them the 2019 elections. The God will not help them win the elections, it is the people who will vote, neither Lord Ram nor Allah will vote,” Farooq Abdullah told ANI.