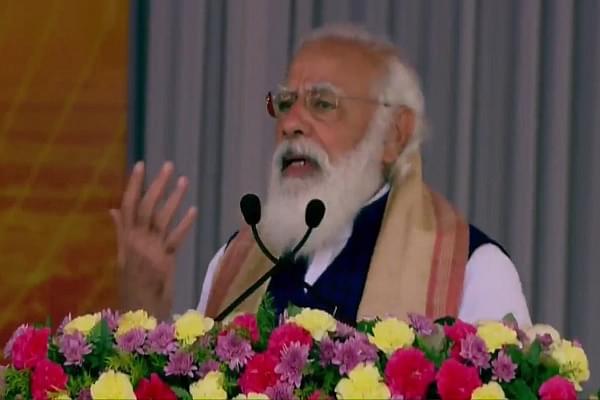 Prime Minister Narendra Modi on Saturday (23 January) said that with the all round development of the northeastern region, "Atmanirbhar Bharat" would be achieved.

Addressing a massive gathering at Jerenga Pothar in Sivasagar, Modi said that since the Central government was led by former prime Minister Atal Bihari Vajpayee, the present NDA (National Democratic Alliance) government has been according top priority to the development of Assam and other northeastern states.

To build an Aatmanirbhar Bharat, we have to focus on the rapid development of the Northeast. pic.twitter.com/Ym3fE5PIt5

"From infrastructure and connectivity development to growth in health, education, employment generation, the double engine governments at the centre and the state are taking forward Assam's all round progress.

"The government has taken simultaneous projects for the development and expansion of road, rail, air, water connectivities of Assam and other northeastern states.

"In these multi dimensional connectivity projects, Bangladsh, Nepal, Bhutan and Myanmar are also involved," he added.

"Nearly 70 tribes of Assam have been provided social security. The BJP government in Assam also took many schemes for their speedy development.