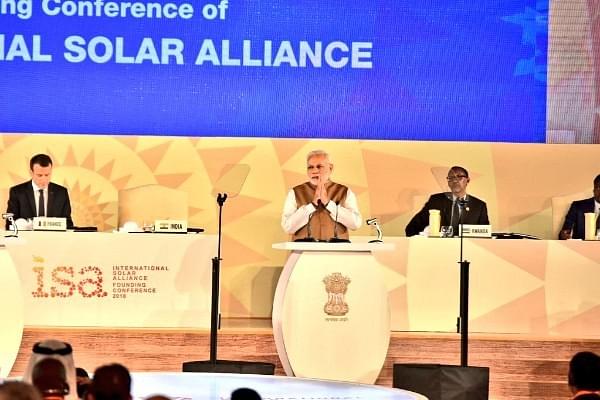 Making an announcement on the progress of initiatives hailed as “transformative” such as the ambitious Paris Agreement to tackle climate change, he announced the expansion of solar energy through the International Solar Alliance.

The EIB President, in the summit, committed that the bank would back ISA in supporting solar energy and exchange of technology in this field.

EIB has partnered with ISA, thereby providing the alliance with its expertise and financing, in order to support the propagation of solar energy in India and other places where technologies, funding and expertise are hampering the adoption of solar power, despite solar power being one of the most abundant source of renewable energy.

ISA, an initiative by Prime Minister Narendra Modi, has set a goal of raising $1 trillion from pub,lic and private investors by 2030 to invest in solar projects in countries having abundant sunshine but lacking resources.

EIB, in its largest-ever annual support to the solar sector, provided 1.05 billion Euros of financing in 2017 to various solar energy projects around the world.

A new 200 million Euros of credit line is being finalised by the EIB to finance renewable energy projects in different parts of India.