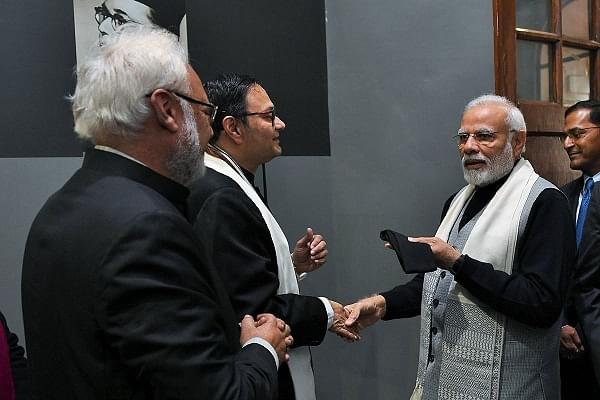 Modi also saw some of the artefacts associated with Netaji and INA at the venue.

“I bow to Netaji Subhas Chandra Bose on his Jayanti. He was a stalwart who committed himself towards ensuring India is free and leads a life of dignity. We are committed to fulfilling his ideals and creating a strong India.” said Modi.

The officers of INA, including Colonel Prem Sehgal, Colonel Gurbaksh Singh Dhillon and Major General Shah Nawaz Khan were put on trials in the Red Fort by the British, the statement added.

The Prime Minister also inaugurated the Yaad-e-Jallian Museum (on Jallianwala Bagh and World War 1), Museum on 1857- India’s First War of Independence and Drishyakala- Museum on Indian Art at the Red Fort.

“It was extremely humbling to inaugurate four museums relating to India's rich history and culture. This entire complex of museums will be known as Kranti Mandir as a tribute to the revolutionary zeal and courage of our great freedom fighters.” Modi added while inaugurating the museums.