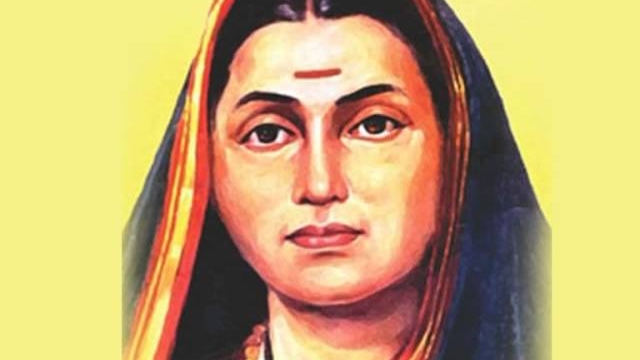 Today marks the 186th birth anniversary of India's nineteenth-century social reformer, Savitribai Jyotirao Phule. Google has graciously dedicated a Doodle to her today, which shows Savitribai spreading her sari pallu wide to encompass women from all sections of society for education and empowerment. She is considered the first feminist of the country.

Savitribai K Patil was born on 3 January 1831 in a rich and influential farming family. She was married off at the age of nine to 13-year old Jyotirao Phule, from whom she learnt to read and write. When she turned 17, the couple founded India's first school for girls and women in Bhidewada, Pune. It started with just nine girls from different castes enrolled as students, but it was a historic step given that female education was considered taboo in the orthodox Indian society prevalent then.

The Phule couple launched a crusade against social discrimination based on caste and gender, and sparked the flame for equal rights for women in British-ruled India. At a time when women did not have a say, Savitribai's campaign covered child marriages, child widows, rape victims becoming pregnant, the practice of 'Sati', educating women and fighting for equal rights for all women.

The couple also set up Balhatya Pratibandhak Griha, a shelter to prevent infanticide. At a time when shaving off a widow’s head and forcing her to wear a red sari and stay mostly indoors were considered socially accepted norms, Savitribai fought against such practices by persuading the barbers to refuse to shave the heads of these women.

Over the next few years, the Phules set up 18 more schools across the state, and Savitribai became the teacher, headmistress and principal in these schools. She took on the job of a teacher at a time when teaching girls was supposed to be an unholy, unheard-of thing, and an affront to traditional honour. She had to endure such hardships as people flinging cow dung and stones at her, just because she educated girls in society.

Nearly 18 decades later, the Maharashtra government renamed Pune University as 'Savitribai Phule University' as a tribute to her sheer courage and pioneering efforts in the field of education, women empowerment, social reform and gender equality.