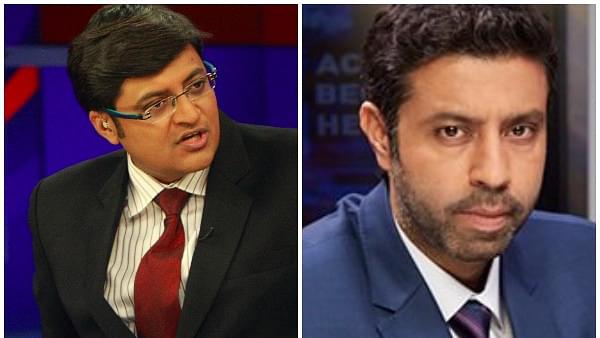 English television news is now a two-horse race between Arnab Goswami’s Republic TV and his former employer, Times Now, according to BARC data released today. While Republic lost market share compared to last week (48.7 per cent this week, compared to 51.8 per cent last week), Times Now raised its share from 24.5 per cent to 30.3 per cent this week. Combined, the two control almost 80 per cent of the english news market in the country.

Just last week, after the data was released, prominent English news channels, who were members of the National Broadcasting Association (NBA) pulled out of BARC.

Republic TV and Times Now have effectively left the other news channels gasping for space in the market, as a glance at the data from week 19 and 20 reveals. Interestingly, both these television news channels have similar stands on most issues of national debate. Clearly, the fact that they account for more than 80 per cent of the market share says something about the preferences of the viewers.