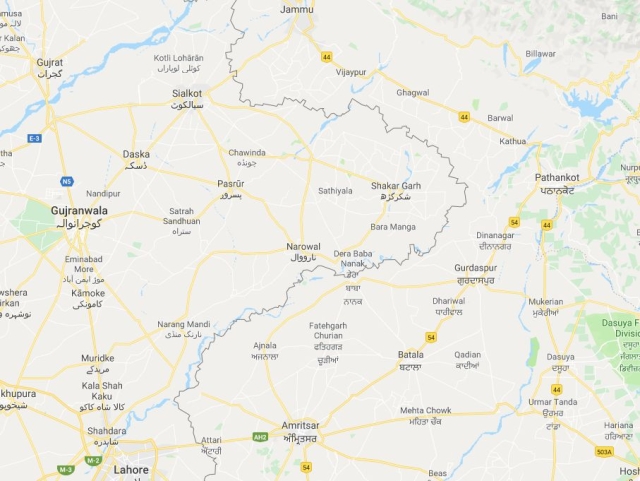 The Shakargarh Bulge. (via Google Maps)

Towards its aim of restructuring the forces to make them more lethal, the Indian Army will deploy its first Integrated Battle Group (IBG) along the Shakargarh Bulge at the India-Pakistan frontier, Tribune has reported.

The IBGs are part of a major change in the Army to make the forces leaner and meaner and ensure operational readiness. An IBG will consist of six battalions of infantry, armoured units and artillery and will be commanded by a Major General or a Brigadier. It will be placed directly under the Corps, a unit headed by an officer of the Lieutenant General-rank.

Once deployed, the IBG will represent the first tweak to the ‘cold start’ doctrine that was unveiled by the Army in 2004. Two other IBGs will subsequently be deployed along the Eastern border with China. The Western IBG will have significantly different equipment than the Eastern ones along with varied training and attack tactics.

The IBG will be raised by the Western Command which currently has three Corps - Ambala, Jalandhar and Yol (Dharamsala), one of which will be tasked with the IBG. They are to be raised from existing components of the Army without any new inductions.