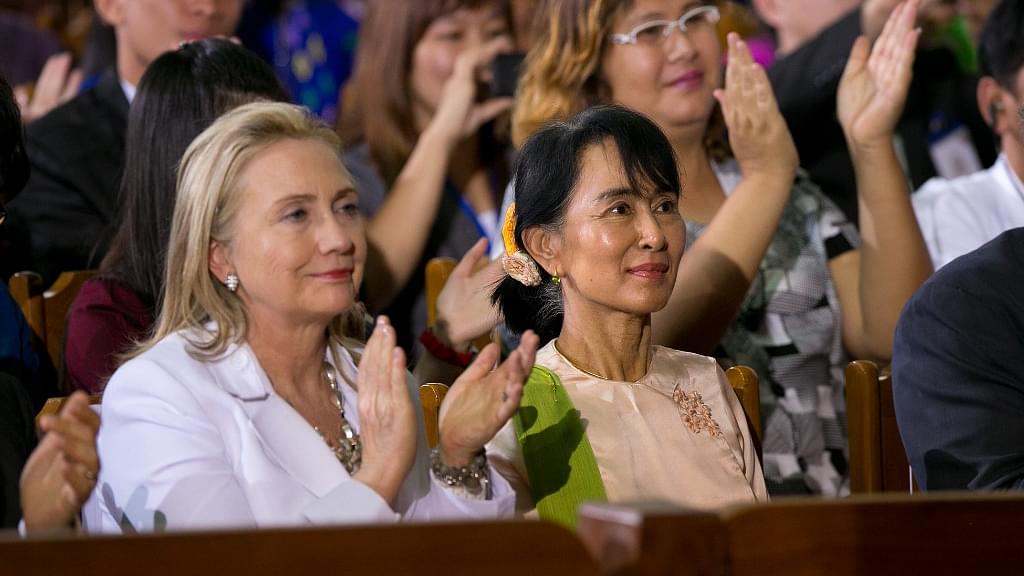 Myanmarese State Counsellor and its tallest leader Aung San Suu Kyi has held ground for her country which has been at the receiving end of global condemnation for its conviction of two Reuters journalists on charges of violating the country's Official Secrets Act.

Speaking at the World Economic Forum in Hanoi, Aung San Suu Kyi urged those critical of the verdict and calling for the journalists' release to "point out" if there has been a miscarriage of justice.

She suggested that critics are jumping the gun had without reading the verdict. Two Reuters journalists Wa Lone and Kyaw Soe Oo, investigating the alleged massacre of 10 Rohingya Muslims by country’s police and soldiers, were arrested last December at a restaurant in Yangon for receiving a stack of state documents. The two journalists have been sentenced to seven years in prison.

First in denial about the abuse the Burmese military placed on the Rohingya, now justifying the imprisonment of the two Reuters reporters who reported on the ethnic cleansing. Unbelievable. https://t.co/ThqGgczEkf

Educated in India, the 73-year-old former activist is a globally revered figure for her resistance against the military junta. She served more than a decade under house arrest during the military junta period.

She has been recently facing criticism for her perceived failure on the Rohingya crisis has sullied, and several honours have been withdrawn. She continues to remain very popular in Buddhist Majority Myanmar, where Islamic Rohingyas are mostly seen as illegal migrants from Bangladesh.