Sabarimala: Kerala Government Drops Policy Of Maximum Force On Entry Of Women Of Reproductive Age; To Wait For SC Ruling 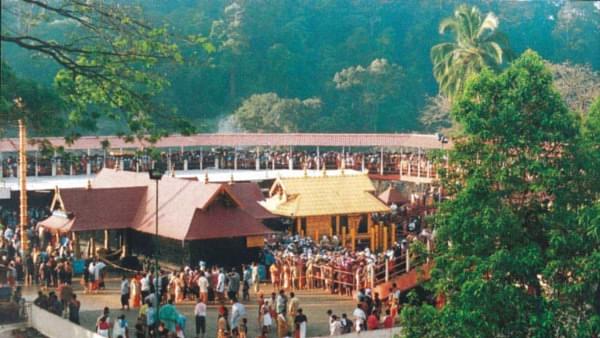 After the matter being referred to a higher bench of the Supreme Court, the Kerala communist government led by Pinarayi Vijayan has decided to stay its earlier policy of escorting women inside the Sabarimala Ayyappa temple during the holy 41-day Mandala Pooja season starting Saturday (16 November), reports The Hindu.

Last year, after the High Court verdict, the CPM-led government had cracked down upon the devotees protesting against state-interference in their religious beliefs. Close to 6000 persons were arrested, and 2,000 cases were registered. The Kerala government had faced flak for police brutalities against the protesters.

In January this year, two Women aged below 50 managed to sneak into the shrine with the support of the Kerala government. For the upcoming season, 36 women had registered online for Darshana, although it couldn’t be verified if they were less than 50 years old.

The government also said that they are attempting to get more clarity on the verdict and will wait till a seven-member Bench of the SC takes a final call on a batch of review petitions referred to it for final scrutiny.

Though the Supreme Court on Thursday gave a 3:2 verdict referring the Sabarimala review pleas to a larger bench, it maintained that it has not stayed the 28 September, 2018 order that allowed women to enter the temple.

The Kerala government has however, made its position clear that they will not make any effort to see that women were taken to the temple to pray.

Last year, the police provided security to women who faced stiff resistance from the devotees.

As per reports, Minister for Devaswom Kadakampally Surendran told media today that the women who want to go to Sabarimala can approach a court seeking police protection and come to the shrine with a court order on the same.

So far, 46 women in the 10-50 age group have applied online to go to Sabarimala.

In reply to these women, Surendran said Sabarimala is not a place for “women activists to show off their activism.”

“Women like Tripti Desai (Maharashtra-based gender rights activist) declaring that they will go to Sabarimala just want to show their strength and same is the case of other women who make similar declarations. There are also some who want to make a political gain out of it,” he added.