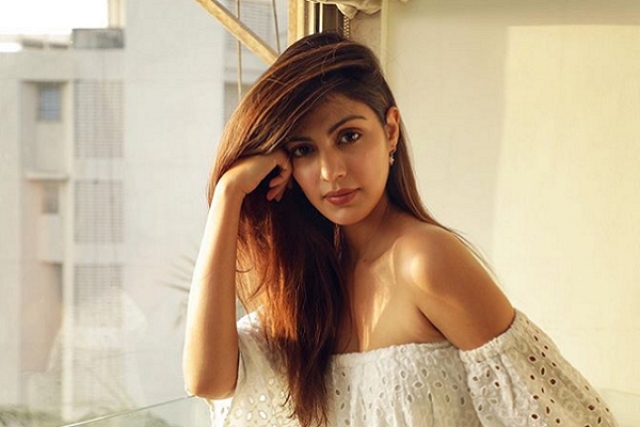 Actress Rhea Chakraborty, girlfriend of late Bollywood actor Sushant Singh Rajput, is allegedly missing from her residence in the city, according to media reports.

The police have started looking for Rhea after an FIR was filed in Patna by Sushant's father against the actress, who has earlier confessed to being the late actor's girlfriend.

On Tuesday, a four-member police team from Patna arrived in Mumbai to investigate the claims made in the FIR by the late actor's father Krishna Kumar Singh.

However, when the Bihar Police team reached Rhea's residence, they reportedly did not find her there, according to report in timesnownews.com.

"Rhea Chakraborty and five other persons have been charged under Sections 340, 341, 380, 406, 420 and 306 of IPC after Sushant Singh Rajput's father filed an FIR against them. Further investigation is going on in the case," Sanjay Kumar, IG Patna Central Zone, told reporters in Patna.

As per reports, the actress is possibly planning to file an anticipatory bail against the FIR filed against her by Sushant's father, and hence she is not coming in contact with the police.

Rhea Chakraborty was dating Bollywood actor Sushant Singh Rajput till the time of his demise. The two were even reportedly planning to tie the knot soon. However, Sushant passed away on 14 June. The actor's postmortem report describes his death as a case of suicide.