Rinku Sharma Lynching: Incident Occurred Over Shutting Down Of Restaurant, No Other Motive, Say Police 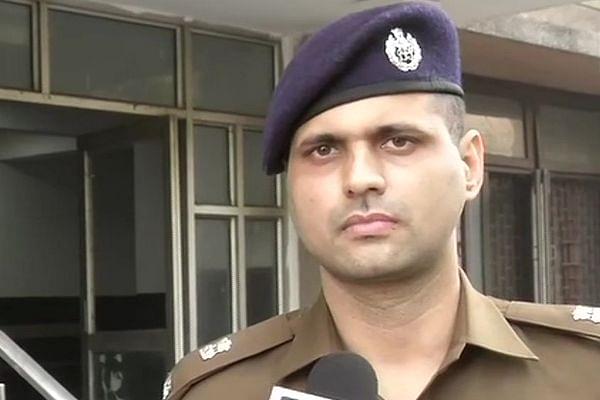 S Dhama, Addl DCP, Outer district, Delhi Police said the fight occured over shutting down of a restaurent, there was no other motive (Source: @ANI/Twitter)

Delhi Police said that the death of Rinku Sharma, a 25-year-old man who was stabbed to death after a mob armed with sticks and knives barged into his house, occurred over shutting down of a restaurant.

“During scuffle at a birthday party in Mangolpuri area, a man got injured in stabbing, and later succumbed to the injury. A quarrel started over shutting down of a restaurant. All persons are known to each other. Any other motive alluded to the incident factually wrong,” said the police.

“We are in touch with the victim's family. So far investigation has revealed that the incident started with a fight but we are also probing other angles,” Chinmoy Biswal, DCP, Delhi Police, said.

The police version is different from the allegations made by the family members of the victim who say that they were being harassed by the accused for over six months after they organised an event on Ram Temple.

The father of the victim said that the assailants used to harass the victim calling him a BJP supporter and used to abuse Prime Minister Modi, threatening them.

In a video, the victim’s brother is seen as saying that the group of assailants - five brothers - had been harassing the family after they had organised an event for Ram Mandir. He said that they were angry over the fact that “Hindus were collecting” at the site.