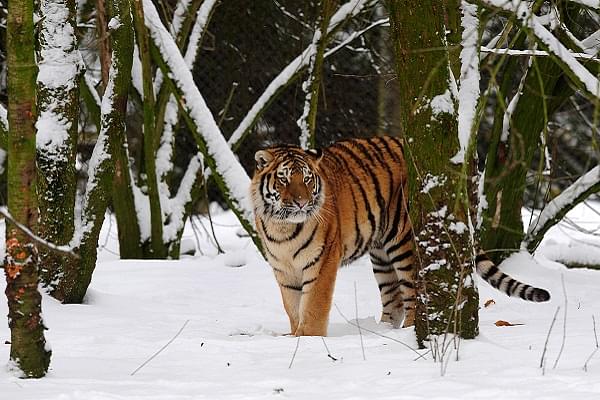 A camera trap study, for a span of three years, in snow clad Dibang Valley of Arunachal Pradesh has reported the presence of tigers at a height of 3,630 meters in the region, Times of India has reported.

The study, carried out from 2015-17 across 336 square kilometre of the total 4,149 square kilometre area of the Dibang wildlife Sanctuary (DWS), was published on 26 November in the journal of threatened taxa.

It not only gave photographic evidence of tigers at the height of 3,630 metres but also found 11 tigers, including two cubs, at DWS.

Aisho Sharma Adhikarimayum, a scientist at Wildlife Institute of India (WII) who was part of the camera trap exercise, believes that tigers may be present in even higher areas of the mountains.

He told the paper that similar to Bhutan, where a tiger was photographed in 2012 at 4,200 metres height, there is likelihood of tigers being present beyond 3,630 metres in the Dibang valley.

As per the report, tiger sightings above 4,000 metres have been reported in Uttarakhand but no evidence was found to justify the claims.

The presence of tigers beyond 3,630 metres will add significantly to knowledge of the conservationists regarding the species.