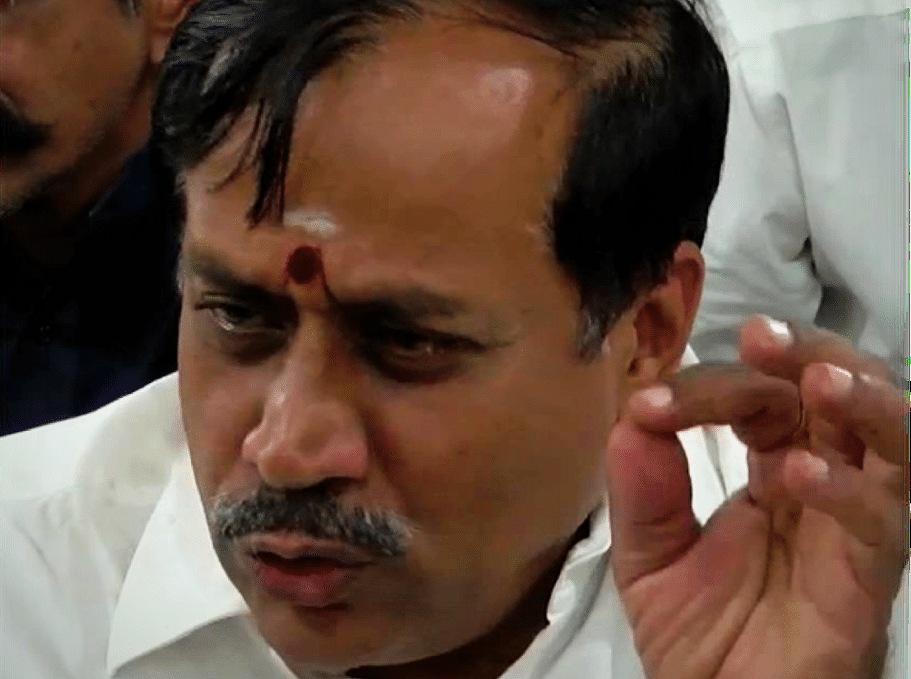 Tension prevailed in Tamil Nadu on Wednesday (7 March) morning with unidentified persons hurling bombs at the Bharatiya Janata Party (BJP) office in Coimbatore and a few miscreants cutting off the sacred thread of ten persons in Chennai’s Triplicane area.

Media reports said that two petrol bombs were thrown at the BJP’s office on V K K Menon Road near Gandhipuram at around 3.15 am. The bombs hit the wall of the two-storeyed building where the party office is housed.

One of the bombs hit the bill board of a travel agency functioning on building’s first floor. No damages were reported in the incident. Police said they have got CCTV visuals of the attack. A youth, Balu, belonging to Thanthai Periyar Dravida Kazhagam surrendered to police in connection with throwing the petrol bomb.

In Chennai, 10 bare-chested men returning home from a nearby temple at 7 am were attacked by a group shouting slogans in support of Dravida Kazhagam founder Periyar and their sacred threads were cut off.

Security has been strengthened at both places where these incidents took place and bring the law and order situation under control. Additional policemen have been deployed at the BJP Tamil Nadu headquarters.

BJP State General Secretary Vanathi Srinivasan said the bombs could have been hurled by organisations that were not able to digest BJP's growth in Tamil Nadu, and Coimbatore in particular.

The incidents follow after BJP’s national secretary H Raja said in his Facebook post that Periyar’s state would be brought down next in Tamil Nadu after Russian leader Lenin’s statue was pulled down in Tripura.

Subsequently, Raja clarified that the post was inserted by his administration team without his permission. He said the administrator had been removed. Raja expressed regret for the post.

Subsequently, Raja clarified that the post was inserted by his administration team without his permission. He apologised for the post.

#TNIEUpdates | I have removed that admin who posted the comment about #PeriyarStatue and have deleted the post. I totally condemn vandalizing statues and violence. I express heartfelt regret for my Facebook post: H Raja,BJP. (ANI)

But some in the social media said the person who had come up with the post on Facebook had apparently meant the Periyar statue in front of the Srirangam Lord Ranganathar temple. Devotees thronging the temple have been protesting against the statue since Periyar was an atheist. The Facebook post led to a Periyar statue in Vellore being damaged. Two persons have been arrested in this connection.

If #PeriyarStatue S can be erected in front of major Hindu Temples, why can't #Periyar be present in front of churches and mosques.
Either Hindus living in TN are shameless r they r living suppression. Who is to undo this profound justice and cultural shaming in TN

Prime Minister Narendra Modi has disapproved of statues being dismantled and has asked Home Minister Rajnath Singh to monitor the situation. BJP President Amit Shah said anyone in the party destroying any statue would be face severe action.

I have spoken to the party units in both Tamil Nadu and Tripura. Any person associated with the BJP found to be involved with destroying any statue will face severe action from the party.