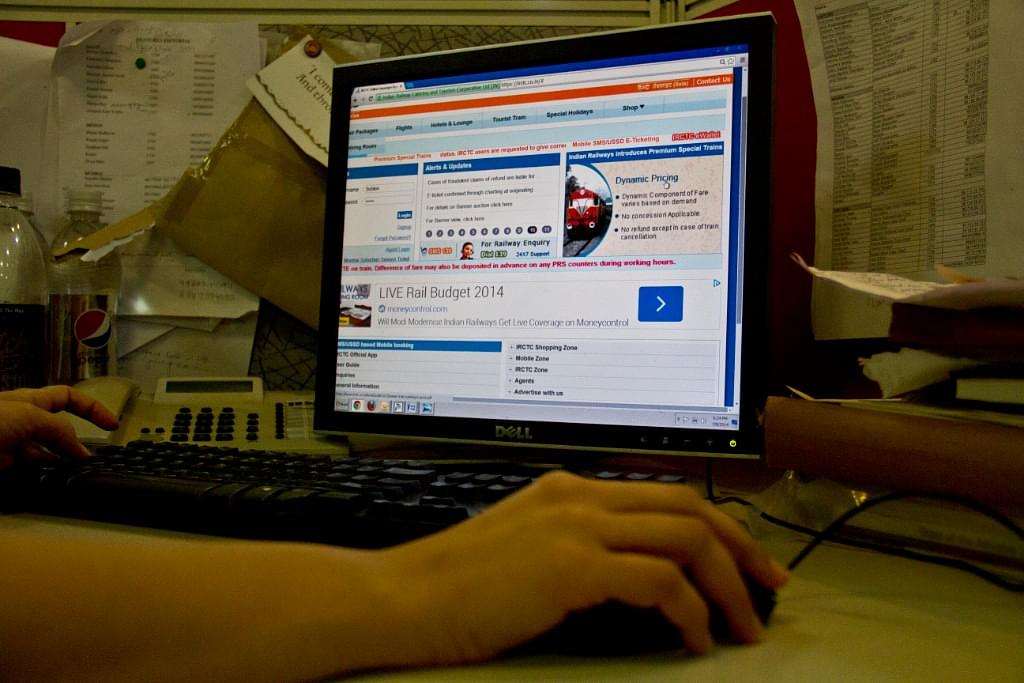 A screenshot of Indian Railway ticket reservations on Irctc.co.in (Photo by Sneha Srivastava/Mint via Getty Images

The Railway Protection Force (RPF) on Tuesday (21 January) claimed to have unearthed a ticketing scam in New Delhi with links to money laundering and terror funding.

Mustafa was arrested from Bhubaneswar earlier this year, and the RPF recovered from him two laptops with software named ANMS. “Through this software, he bypassed the barriers set up to curb illegal ticketing, like providing captcha and bank OTPs,” Kumar said.

The fraudsters then converted the collected money to crypto currency and sent that abroad through shadow net, which was allegedly used in “terror funding, money laundering, and others,” he added.

“We have identified a person named Hamid Ashraf, based in Dubai, and suspected him to be the mastermind of the racket,” Kumar said.

Ashraf, the DG said, was arrested by the Central Bureau of Investigation (CBI), the Railway Vigilance and the local police in 2016 from Basti in Uttar Pradesh. But, after getting bail, he escaped to Dubai via Nepal.

During Mustafa''s interrogation by the National Investigation Agency (NIA), the Karnataka Police, and the Intelligence Bureau, it was found that he was using the Darknet to convert the money to crypto currency and for money laundering.

“The decryption of his laptop revealed that he was a follower of the Pakistan-based Tableek-e-Jamaat and had many Pakistani, Bangladeshi, Gulf countries’, Indonesian, and Nepali numbers. He also had a software to create fake Aadhaar and PAN cards,” the DG informed. A number of Pakistani softwares and several highly encrypted messages were found in his laptop.

The RPF has also identified a software company that was receiving money from the group. The company is being investigated by the Singapore Police for money laundering.

“We have also traced a person named Guruji, believed to be the group''s technical expert, who recently received Rs 13 lakh from Mustafa,” Kumar said. Guruji was using Yogoslavian number of virtual private network (VPN) to avoid the identification, he added.

The ANMS software, developed by them, the DG said worked in tiers, with the main developer at the top of the chart, followed by the lead sellers or super admins who handled money and sent them to Ashraf through Hawala accounts and crypto currency. Then were panel sellers, the people who bought the software for selling tickets, and the last tier included agents, he said.

"We have arrested 27 people on the basis of Mustafa''s questioning," Kumar stated.