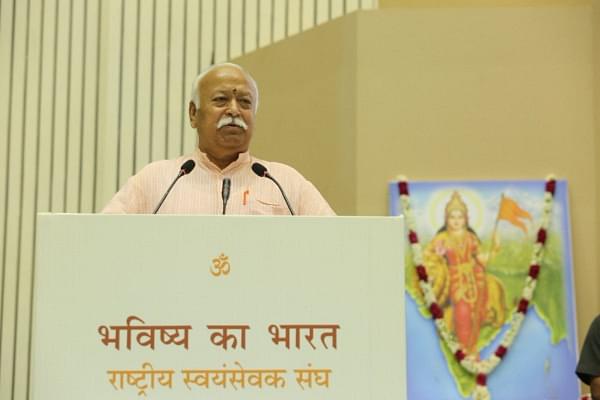 RSS Sarsangchalak Mohan Bhagwat addressing a gathering on the “Bharat of the Future” at an RSS event. (RSS/Twitter)

In a major bid to reach out to the foreign media houses to clear any misconceptions held about Rashtriya Swayamsevak Sangh (RSS), the organisation’s chief, Mohan Bhagwat is likely to hold a briefing of members of such media houses on 24 September, reports The Hindu.

The development comes at a time when the foreign media has grown scathing in their reportage related to the RSS. Also, it should be noted that the RSS chief had also conducted a lecture series last month which was well attended by the representatives from the Indian media.

Bhagwat had in July also hosted the German Ambassador to India, Walter J Lindner at the RSS headquarters in Nagpur.