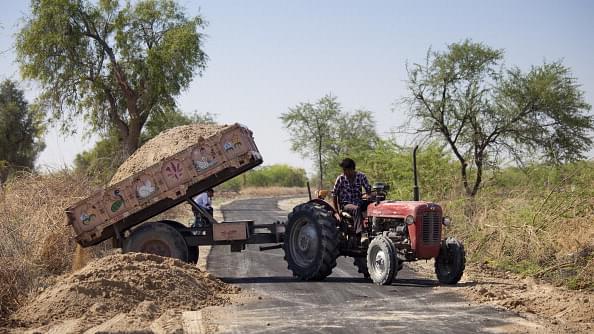 Roadworks in village of Dhudaly in Rajasthan (Tim Graham/Getty Images)

The length of rural road constructed reached new heights in 2016-17. In this fiscal, the government constructed 47,010 Km of rural roads and it is almost double of what the figure was in 2012-13 when only 24,161 Km of roads were constructed.

@narendramodi Govt did a record construction of 47010 Km of quality rural roads in FY 2016-17 under PMGSY. HIGHEST in a year in last 5 years pic.twitter.com/HeNQc5J4mm

While the improvement in the construction of rural roads is impressive, the pace of construction of national highways has remained unsatisfactory. The Union government had set a target of constructing 15,000 Km length of national highways in 2016-17 however, it was able to achieve only half of this. In this year’s budget, the government has allocated Rs 64,000 crore to National Highway Authority of India (NHAI).