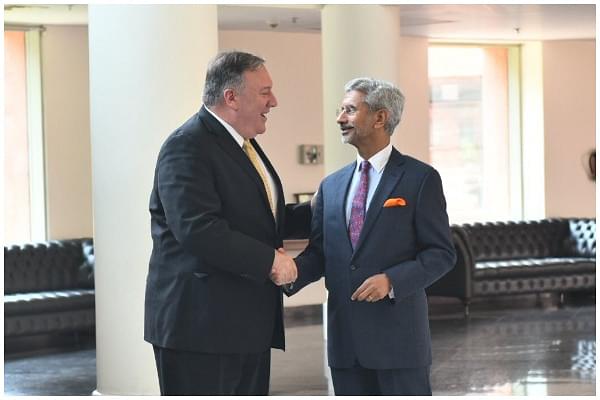 India will go by its national interest while dealing with other countries, including the sanctions-hit Russia from whom New Delhi is purchasing the S-400 missile defense system, External Affairs Minister (EAM) S Jaishankar conveyed to his US counterpart Mike Pompeo, reports Hindu BusinessLine.

According to the report, the message was conveyed by Jaishankar to Pompeo during a bilateral meeting held between the two on Wednesday (26 June) in New Delhi.

In a joint press conference after the extensive bilateral dialogue, the US Secretary of State said that India is an important partner of the US and that the bilateral ties were reaching new heights.

While answering a question on US sanctions due to India’s procurement of Russian S-400 missile defence system, MEA Jaishankar said, “We have many relationships...they have a history. We will do what is in our national interest and part of that strategic partnership is the ability of each country to comprehend and appreciate the national interest of the other,”

Meanwhile, Jaishankar also expressed appreciation for the strong support that the Trump administration has extended to the Indian government on the issue of terrorism.

Pompeo, who arrived in India on a three-day visit, also met with Prime Minister (PM) Narendra Modi on Wednesday (26 June) morning and discussed various aspects of the US-India bilateral relationship.