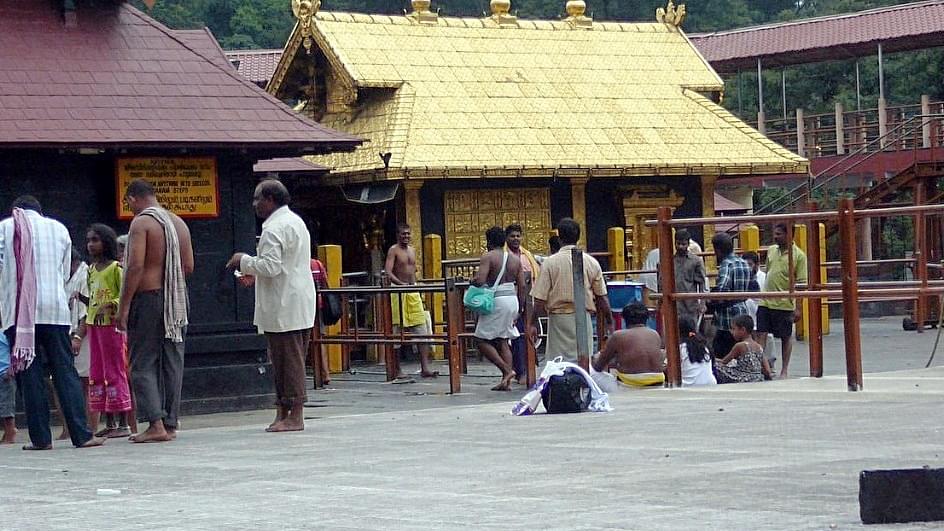 The Sabarimala nada (sanctum door) has been reopened for devotees after Punyaham rituals, reports Mathrubhumi.

Early morning today (2 January), two women identified as Bindu and Kanakadurga entered the sanctum at 3.45 am. The shrine’s doors were subsequently shut at 10.30 am for Suddhi Kalasham, a ritual performed when a temple customs are violated. NSS General Secretary Sukumaran Nair reportedly thanked the thantri for closing down the sanctum door.

However, communist minister E P Jayarajan in the Pinarayi Vijayan ministry slammed the thantri for closing down the sanctum and accused the priest of contempt of court.

The news of women violating the centuries-old tradition has triggered protests across the state. Sabarimala Karma Samiti has called for a ‘Hartal’ protesting against the violation of temple customs. Hartals are also being called at the regional level, according to the reports. Massive protests are also happening at various corners of the state, and protesters reportedly blocked the highway at Aluva. Many BJP activists staged protests in front of the state secretariat.

The Opposition leader of the Assembly and Congressman Ramesh Chennithala condemned the women for entering the temple and said it was the “adamant attitude” of Chief Minister to ensure violation of temple customs that was leading to the unfortunate incidents in Sabarimala. He said the Congress would organise protests across the state.

BJP state president P S Sreedharan Pillai slammed the government saying that the Chief Minister had betrayed the devotees and alleged a government conspiracy in the matter. He also said there would be statewide protests against the act.

After the 28 September verdict, for the first time, women below 50 entered the Sabarimala sanctum. The staunch protests by the devotees thwarted a few attempts made by activists. Reports suggest that the event, occurring days before the Supreme Court on 22 January is about to hear the review petitions, is likely to trigger a crisis in Kerala.